0xGames, an established crypto game developer that successfully debuted the blockchain-based space strategy 0xUniverse this summer, is releasing 0xWarriors, a multiplayer game that allows players to battle each other, participate in weekly tournaments, collect items and trade them on an internal marketplace.

0xWarriors is the first EOS-powered title from 0xGames and one of the first multi blockchain-based games on the market. Sergey Kopov, the studio’s founder, said in an interview, “We are launching the game on EOS first. Our team believes the technology has great advantages and is very flexible. Also, we are planning to connect Ethereum and other cryptocurrencies in the coming months”. The team behind 0xWarriors has decades of experience in game development ranking now as one of the top developers in the crypto scene.

0xWarriors is a web-based multiplayer “battler” where players are tasked to manage a squad made up of five warriors. The number of squads a player can have is unlimited though.

The game starts with players choosing and customizing their warriors and forming a squad. After that, they may purchase chests containing items of different rarity. These can then be equipped by warriors thus making them stronger and improving their performance in battle. The game has an Arena where weekly public events will be held, players can fight each other and have a chance to win different rewards such as a share of the revenue collected during the tournament and chests with unique items that can be used or sold in the marketplace for a hefty profit.

0xWarriors has a competitive side to it and is skill-based. Players have to manage each warrior’s equipment according to its class: Warrior, Ranger or Mage. The position of each warrior on the battlefield and correctly allocated skill points give you that competitive edge as well as special skills that can be earned with new levels.

How does the multi blockchain part tie in with the game?

Sergey Kopov explained, “Imagine having one warrior equipped with a sword that is on the EOS blockchain while the shield is on Ethereum, the game seamlessly brings together people from different ecosystems.” 0xWarriors has thousands of unique items to be discovered and because each one is a digital collectible, they can be sold on the market for a higher price. Items fall into one of four categories: common, rare, epic or legendary. According to the 0xGames team, players can expect frequent returns on the amount they originally paid, with most valuable items potentially fetching their owners north of $10,000. 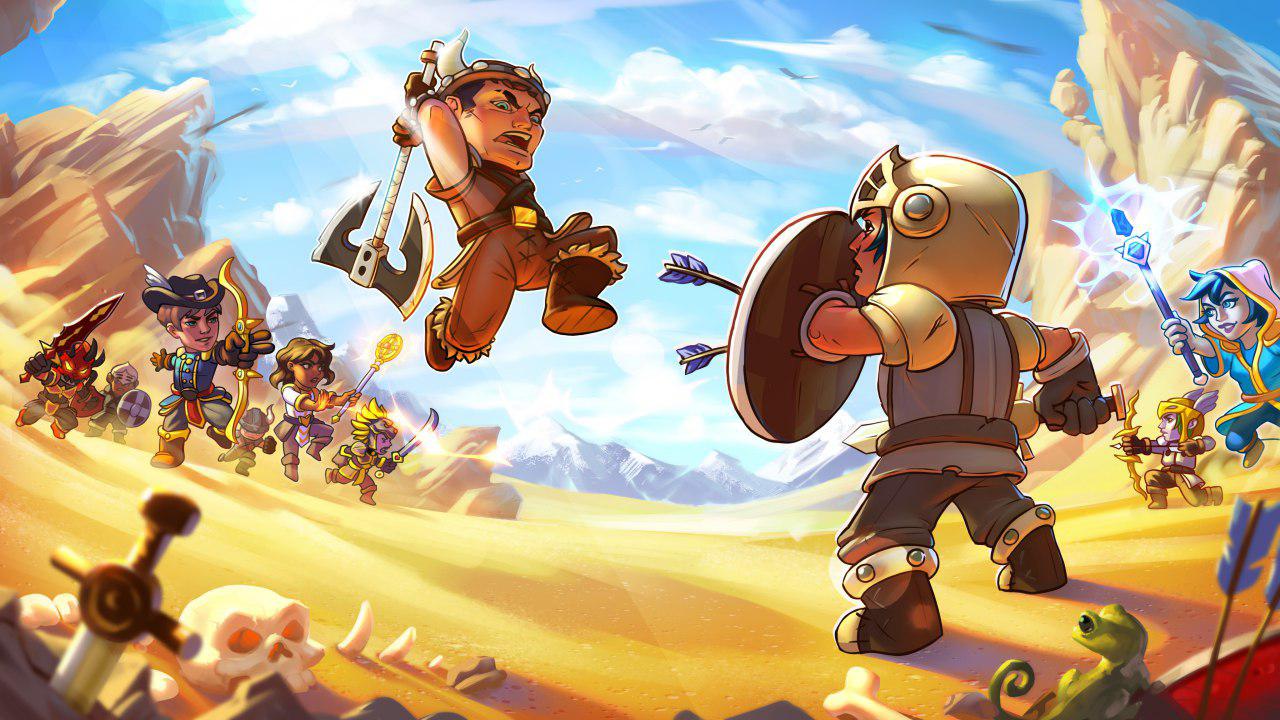 The final development stage of 0xWarriors was announced in a blog post on the 30th of October, paving the way for a presale to begin on the 6th of November. The game is due to be released by the end of 2018. A detailed roadmap is to be revealed after the presale ends. Potential players are invited to subscribe for updates, as “the most interesting details lie ahead,” the team says.

0xGames is based in Cyprus and is led by Sergey Kopov. Over his career, he has released more than 50 projects. The entrepreneur has amassed 12 years of experience in game development and management. The lead on the blockchain technology behind 0xUniverse is Mike Zelenin. In the past, he has developed complex software projects for payment aggregators.