Jakarta, Indonesia, Oct. 23, 2018. Noorcoin, launched its application demo for 57 Organization of Islamic Cooperation (OIC) member countries in the annual session of the Islamic Chamber of Commerce, Industry & Agriculture (ICCIA) of the OIC on October 22-23 2018 in Jakarta. OIC is the second largest inter-governmental organization after the United Nations. The meeting is attended by the delegation from 57 OIC member countries.

Noorcoin Founder and CEO, Sofia Koswara said, “OIC member countries, such as the kingdom of Saudi Arabia was very serious about using Noorcoin. Banks in Saudi Arabia to the Zakat Council in the country began to think about the use of digital money as an alternative to long-term financial transactions. We believe once the application demo is completed, Noorcoin will reach acceleration in a few months.”

Noorcoin COO, Thomas Yudhistira said, “The purpose of the application demo is not only to test the technological issue, but also the cultural and legal environment in each 57 OIC member countries. For example, there is a widespread misconception towards cryptocurrency in the Middle East due to the notion that it is against Sharia law. Muhammad Abu Bakar (certified Muslim legal expert) in a report says that cryptocurrencies are permissible under Sharia law. Noorcoin is developed with sharia compliance in mind so we are positive that we would be compliant to national sharia regulations, which to be proven with this testnet.”

Noorcoin CBDO, Iskandar Purnomohadi said, “The application demo was run using Ethereum Virtual Server and Ethereum Ropsten Testnet before full implementation and transition on Zilliqa blockchain platform around Q1 2019. This is to show Noorcoin’s mobile application demo’s potential and usability  for the Muslim community. Also in a later stage after ICO, Noorcoin also plans to back its cryptocurrency with gold, to increase stability and security for its holders.”

As part of the launching, Noorcoin was awarded by World Achievement Institute (LEPRID) as the First Shariah Token in the World with its Advanced Technology.

Ambassador of the Kingdom of Saudi Arabia to Indonesia HE Osamh Mohammed Abdullah Shuibi who attend the launch to represent the country to accept Noorcoin D-app demo testnet said, “The use of digital money in Islamic countries is very important. In addition to facilitating transactions, the main objective is to reduce the dominance of the US dollar. Noorcoin, the first digital Islamic money, can be used for Umrah and Hajj services, as well as inter-state transactions. There are three advantages that Noorcoin has, namely transparent, safe and low cost. At present some countries are experiencing a weakening of the currency against the US dollar. We must have an alternative.”

Previously, Indonesia Presidential Chief of Staff, General (Retd.) Moeldoko, as reported in the media, saw positively on the Noorcoin proposal. According to him, the unity of Islamic countries joined in the Organization of Islamic Cooperation (OIC) in the field of economics and trade must continue to be improved. Therefore, the momentum of ICCIA OIC can be a unifying force. 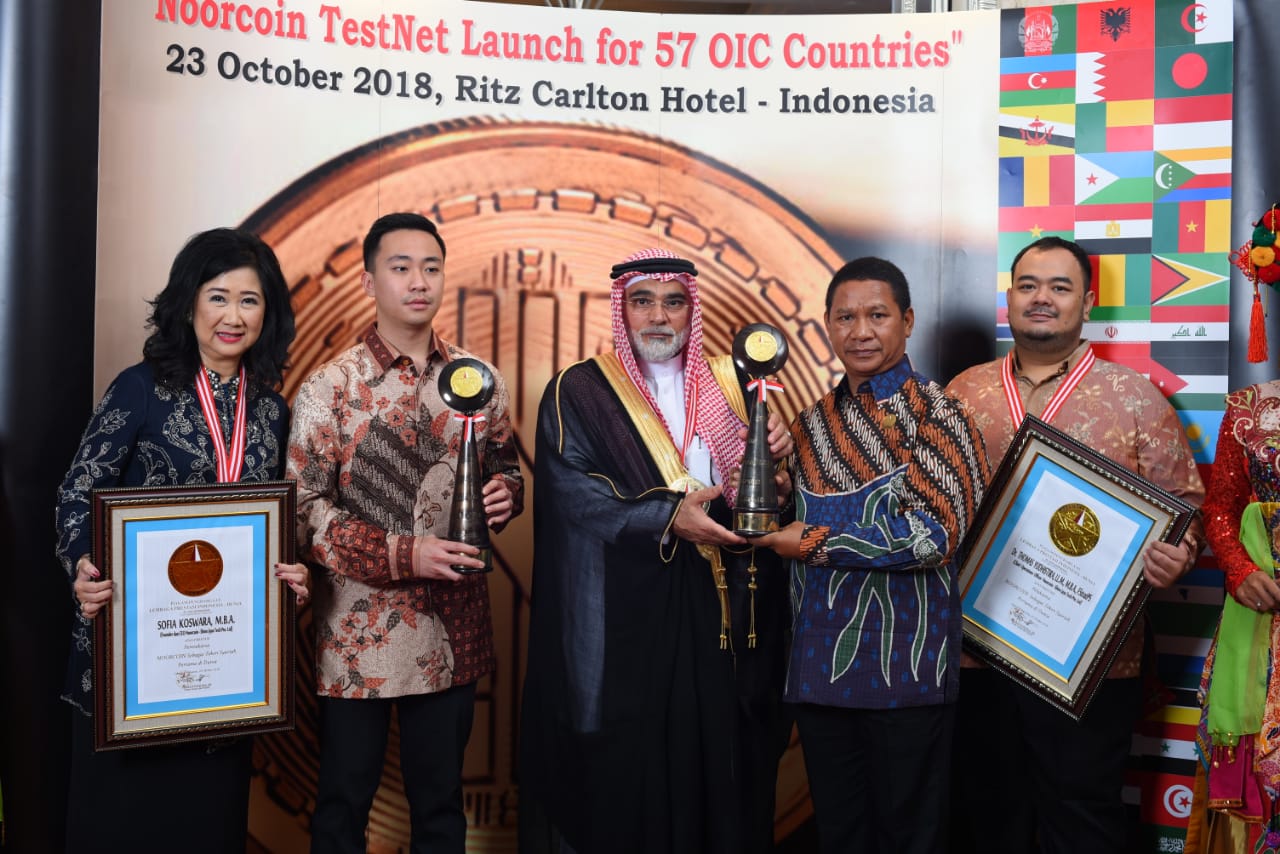 Noorcoin is the First Sharia Token in the world, building award winning sharia-compliant crypto-token and platform, decentralized trust and reputation system working flawlessly together through a blockchain based on-chain real-time payment gateway. We are creating a shariah-compliant, decentralized payment and trust solution on the Zilliqa blockchain leveraging smart contract technology. The payment solution works flawlessly together with our decentralized trust and reputation system. Merchants will be able to accept Zilliqa based cryptocurrencies and exchange them with traditional (fiat) currencies. Merchants and customers will participate in global decentralized commerce with total trust.

Noorcoin will become the most popular and trusted Digital Currency with the latest technology to impact and influence 1.8 Billion Muslims worldwide by November 2019.