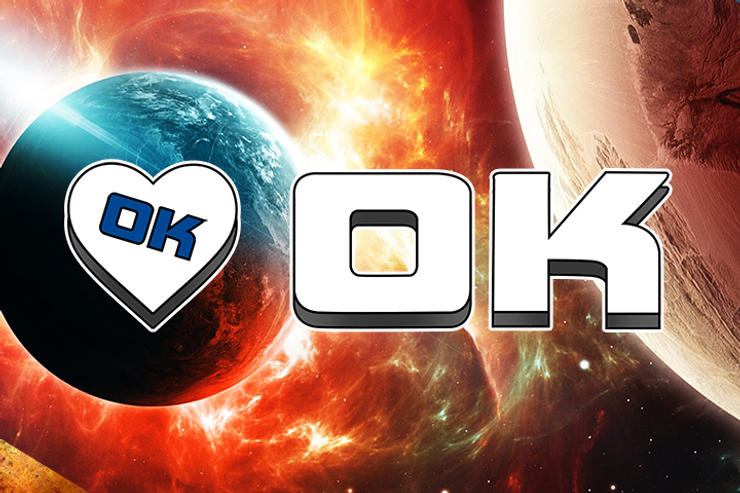 Over 40 active experts live & die every day, bringing OKCash to young fans whose count is over 200 thousand on Twitter and 60 thousand on Facebook. It's fanbase surpasses Ethereum, due to mass adoption amongst Asian e-sports gamers. The team is also developing state-of-the-art ROKOS system, which enables cryptocurrencies to run on IoT devices.

The team has picked up pace recently and has new Roadmap and website redesign on the way! It is welcoming onboard a team of scientists from Department of Artificial Intelligence at Charles University in Prague. ,,Within the next 3 months we are going to deliver new revolutionary apps for OKCash gaming & IoT, helping OKCash sustain its #1 place globally in gaming & IoT.", says Marcel Valovy, PhD candidate at MFF UK.

Right now, OK is traded on 7 exchanges, with Bittrex taking the lead. While having 400+ applications to be added on the bigger exchange Poloniex, they have not listed them. That sparks up the question of valuation and OKCash position amongst competitors...

OKCash is currently sitting at sub-$1 price per coin and sub-$10m market cap. GameCredits, the closest competitor is sitting at $200m market cap. In January, before the gargantuan influx of capital to Poloniex that brought every coin there up by 10x-100x, GAME was valued sub-$10m, too.

Since both GAME and OKCash are a part of Microsoft Azure's BaaS ecosystem since 2016, and OKCash is also IoT enabled, this brings questions. Is OKCash undervalued just because it wasn't listed on Polo during the Feb-May bubble? Is this inequilibrium going to evaporate slowly and capital from other gaming coins would flow into OKCash rapidly? Polo has shut down Trollbox and investors are moving over to pick-up Bittrex coins. Might this be the best time to pick OKCash? This is up to the reader to answer.

For the 2017 Independence Day, OKCash is not leaving its fans cold turkey! Embrace the launch of the new Online Gambling Casino OKBets.io! Cut yourself some slack at the website.

Today, OKCash is celebrating 2000 active members at Discord! New Roadmap, website and projects are coming soon. See the new infographic that has been released today: