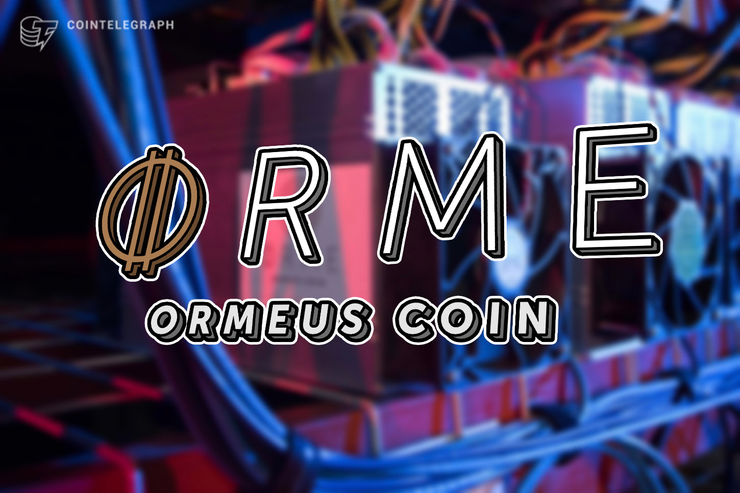 The ground-breaking 'loyalty airdrop' offers participants a chance to secure Ormeus Cash tokens when they stake Ormeus Coin in the official company wallet.

This web address has been released by Ormeus as the official registration point for the airdrop.

An Ormeus Coin spokesperson confirmed: “To celebrate our global launch, the airdrop will see up to USD$50 Million worth of tokens issued to users who participate”.

The Blockchain-based cryptocurrency provides the best decentralized solution to price stability and security in the volatile crypto economy by tying its USD$250 Million industrial crypto mining business to the currency.

The spokesperson added: “Users are rewarded with Ormeus Cash bonus payments the longer Ormeus Coin is held in their wallet. Users will receive one Ormeus Cash for each Ormeus Coin they stake in the new deposit wallet”.

The company has a deep pipeline of additional elements that will accompany the new crypto wallet, including a tab that allows users to see deposits being made into the Ormeus Reserve Vault from the multi-million-dollar industrial mining business.

The wallet client is available on all platforms; IOS, Android and the web based clients can be accessed on any device with web connectivity.

“The wallet is secured using specific algorithm backed by a complex security platform which makes it almost impossible for anyone to hack it,” the spokesperson confirmed.

“The application runs locally on users’ devices and does not store any keys or account data on company servers,” he added.

Ormeus Coin has released footage of a significant part of its crypto mining empire ahead of the Bangkok launch.

The exclusive video features visitors from all over the world grabbing an inside look at stationary crypto rigs and the latest mobile mining machines in action during the first Ormeus tour event. The new video is available at this link.

Major announcements are expected at the global launch in Bangkok including a live demonstration of the new wallet and how the Ormeus Reserve Vault will operate.

Ormeus Coin is available to members of the public at the following cryptocurrency exchanges.