BountyPortals is a platform through which developers looking to crowdfund a project through an ICO token release process can directly reward users for helping with promotion. 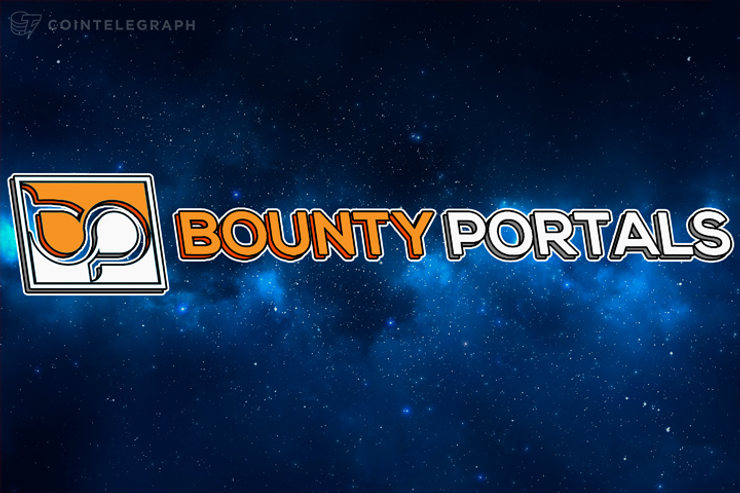 BountyPortals is a platform through which developers looking to crowdfund a project through an ICO token release process can directly reward users for helping with promotion. It helps automate the process of bounties in a way that makes it more efficient than ever as well as error free.

The procedure of bounty distribution is known to be a very effective way to promote an upcoming token. Not only does it promote use of the token from the day of its release, but also prompts potential users to develop an interest to the upcoming token. All that while a tech savvy and highly targeted works on actual promotion of the upcoming project through their personal means such as social media accounts or even work skills.

The above procedure was made cheaper for developers but also much faster. Both those factors are beneficial for developers planning on a token release but most importantly are also beneficial to the users. Because thanks to BountyPortals, developers will no longer have the burden of handling a bounty campaign on their own, but also wouldn't have to deal with with expensive hires just for this a purpose.

The above allow for more time and money to be allocated towards PR and promotion, something that in its turn increases the likelihood of a project’s success and therefore is mutually beneficial for all parties involved.

Users of the BoutnyPortal platform will be able to discover new tokens and get a chance at being part of each supported project’s success by promoting it at its early stages. Bounty distribution is something that can now be done automatically thanks to the platform’s technology. No more delays, wrong calculations, lost tokens or fee deductions. Users get their stakes right after completing the requested tasks.

Our list of ICOs is updated on a timely manner each time there’s a new addition or update. From there users can have a look at which bounty programs are currently ongoing and which ones have been completed through the BountyPortals platform. Reviews of those ICOs are also frequently features on the blog.

Though each one of BountyPortals’s bounty campaigns, users will be able to log in with their social media accounts and automatically be credited with Stakes for completing tasks for the promotion of ICOs such as sharing Facebook and Twitter posts, following newsletters and participating in community Telegram/Slack groups.

The technology behind BountyPortals will verify the completion of tasks automatically and reward users with stakes instantly. In time, those stakes are going to be translated into tokens for each ICO. When distribution starts, the amount of tokens received by each user is going to depend on how many tokens he has among all other users. From then on - and depending on how well each token does in exchanges - users might be able to claim a monetary reward from their earned tokens.