Putting Bitcoin In the Broader Context

This April 2020, we’re hosting The Bitcoin Reformation, a conference in the heart of Antwerp. 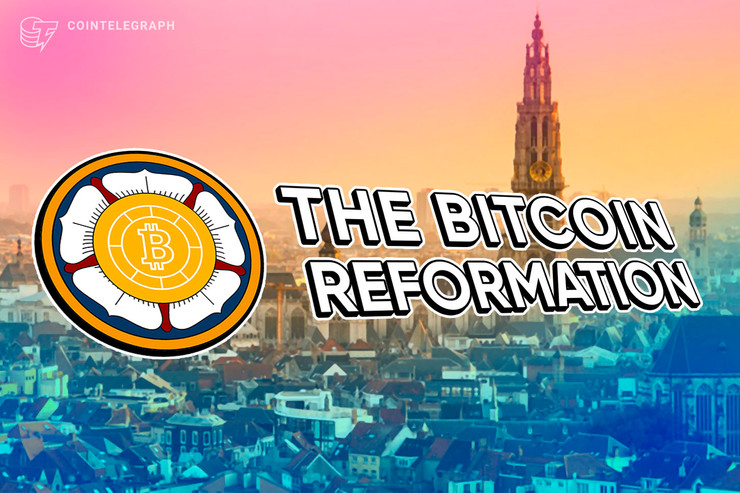 This April 2020, we’re hosting The Bitcoin Reformation, a conference in the heart of Antwerp. Here’s why:

Bitcoin isn’t happening in a vacuum. It is happening right at the moment when the trust in social institutions is shifting

Much like in the 16th century, the Catholic Church monopolized spiritual services, central banks today tend to control the financial system. The 21st-century digital revolution is now challenging this model, and Bitcoin is taking the lead.

Bitcoin is alive for over 10 years now. Despite continuous attacks and scrutiny from authorities around the world, the world’s strongest and most steady network is still running 24/7, 365. Bitcoin is here to stay. What do those in power have to say?

For the first time in Belgium and neighboring countries, The Bitcoin Reformation will offer an industry-wide platform for a discussion on the merits and challenges of Bitcoin.

More than 40 speakers from various backgrounds will debate the fundamental pillars of Bitcoin’s social contract: an agreement on the need for hard money, privacy for investors and taxpayers and the importance of decentralization. More than 400 participants will seize this opportunity to connect with peers, to ask the hard questions, and to move beyond the hype and arrive at knowledge.

It’s interesting — we use money as a foundation of almost every aspect of social life, and yet it is a taboo subject. It’s still a dirty topic. At the same time, the consequences are profound: if you change the definition of money, that’s the greatest transfer of wealth in human history.

So we think it’s time to have a conversation.

There’s been a lot of chatter about Bitcoin on social media, but this can quickly turn into an echo chamber. At the same time, traditional financial media tends to be full of miscommunication and myths around Bitcoin. We want to bring all the interested parties together: Bitcoin experts from around the world as well as financial players and private citizens to ask the tough questions.

Will Bitcoin change the current financial model? Will central banks adopt their own cryptocurrency? Why does privacy matter, and what is Bitcoin’s role? Why is Bitcoin’s price so volatile and where could it be in 5 years from now? Is Bitcoin sustainable? How can we evolve money for a better society? How can we make the global financial system more stable and distributed?

Much like the obvious reality was called into question during the reformation period, now is the time to ask the hard questions.

We welcome you to ask these and other hard questions on April 24 & 25 in Antwerp, Belgium.