T.I. has joined FLiK as a Co-Owner; a monumental step forward in the evolution of FLiK. 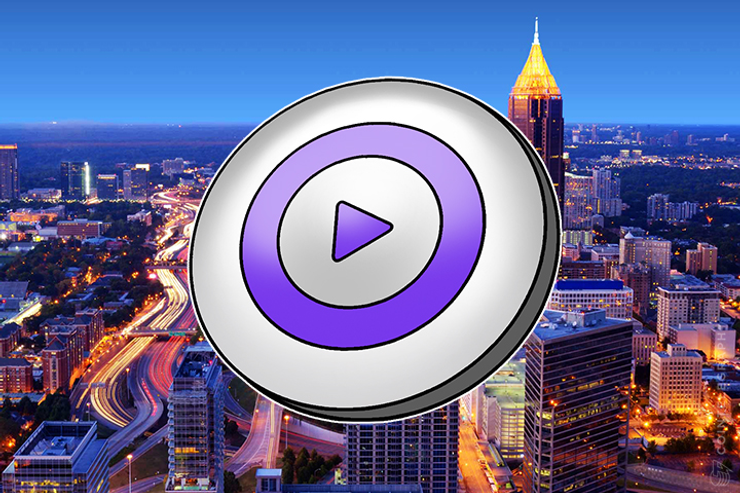 T.I. has joined FLiK as a Co-Owner; a monumental step forward in the evolution of FLiK.

FLiK's founder, Ryan Felton, said, "I'm delighted TIP has joined the FLiK team. He brings tremendous value to the company, and his presence allows us to explore opportunities that might have otherwise taken significantly longer to develop. I've known TIP socially for awhile, and now I'm pleased to say that we'll be working together to revolutionize the entertainment industry as we know it. In addition to today's news, we are working diligently to attract additional entertainment and blockchain professionals to our team, and I can tell you that FLiK will deliver a few exciting announcements regarding additional Co-Owners and members of our Advisory Board in the very near future."

Clifford "T.I." Harris is an American rapper and actor from Atlanta, Georgia. He signed his first major-label record deal in 1999, with Arista subsidiary LaFace. In 2001, Mr. Harris formed the Southern hip hop group P$C, alongside his longtime friends and fellow Atlanta-based rappers. Upon being released from Arista, he signed to Atlantic and subsequently became the co-chief executive officer (CEO) of his own label imprint, Grand Hustle Records, which he launched in 2003. Mr. Harris is also perhaps best known as one of the artists who popularized the hip hop subgenre trap music, along with Young Jeezy and Gucci Mane.

T.I. has released nine studio albums, with seven of them reaching the top five of the US Billboard 200 chart. Throughout his career, he has also released several highly successful singles, including "Bring Em Out", "Whatever You Like", "Live Your Life" (featuring Rihanna), "Dead and Gone" (featuring Justin Timberlake), "Ball" (featuring Lil Wayne) and "No Mediocre" (featuring Iggy Azalea). T.I. gained major recognition in 2003, following his first high-profile feature, on fellow Atlanta-based rapper Bone Crusher's hit single, "Never Scared". He earned more prominence with the release of Trap Muzik (2003), which includes the Top 40 hits, "Rubber Band Man" and "Let's Get Away". The next year, he appeared on Destiny's Child's international hit, "Soldier", alongside Lil Wayne. His subsequent albums, King and T.I. vs. T.I.P., generated high record sales and were supported by popular singles, such as "What You Know" and "Big Shit Poppin'", respectively.

Harris' sixth album, Paper Trail (2008), became his most successful project, with the album being certified gold for first-week sales of over 500,000 copies in the United States, additionally making it his third consecutive number one album. In 2013, he was featured on Robin Thicke's hit single "Blurred Lines", alongside Pharrell Williams, which peaked at number one on several major music charts. In November 2013, he announced that he had signed with Columbia Records, after his 10-year contract with Atlantic came to an end. He released his Columbia Records debut, Paperwork, in October 2014. In February 2016, he announced a distribution deal with Roc Nation, to release his tenth album. T.I. has won three Grammy Awards, namely Best Rap Solo Performance, Best Rap Performance by a Duo or Group and Best Rap/Sung Collaboration.

Mr. Harris has also had a successful acting career, starring in the films ATL, Takers, Get Hard, Identity Thief, and Ant-Man. He is also a published author, having written two novels Power & Beauty (2011) and Trouble & Triumph (2012), both of which were released to moderate success. He has also starred in the American reality television series T.I.'s Road to Redemption and T.I. & Tiny: The Family Hustle.

Based in Atlanta, GA, FLiK is an end-to-end entertainment ecosystem that allows for creative projects to be funded, filmed, distributed, and paid for all within the FLiK framework.  This is a revolutionary approach to the development and distribution of entertainment as we know it.