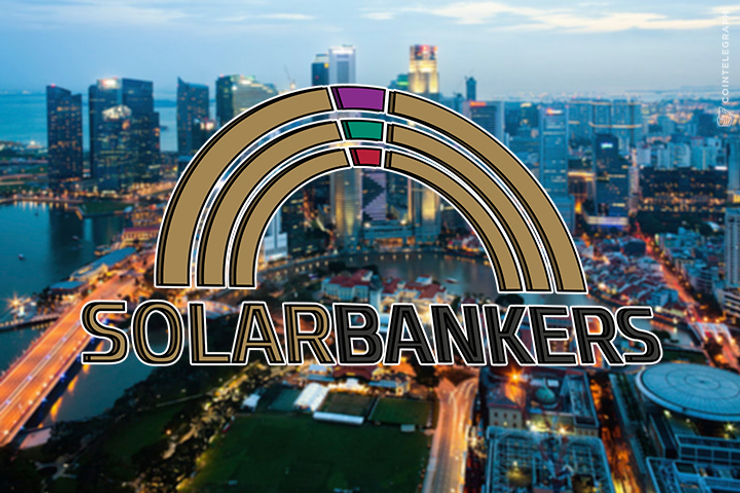 Solar Bankers today announced plans for a decentralized peer-to-peer electricity network enabling consumers to freely produce and trade clean energy using Solar Bankers’ proprietary energy-generating devices. The Solar Bankers networks will be based on SkyLedger, a revolutionary energy-sustainable blockchain platform solving many of the issues facing Bitcoin and Ethereum. Solar Bankers will fund the development of its decentralized network through a SunCoin token sale, currently in pre-sale and available to the public in November 2017.

“We chose SkyLedger because it is the only truly decentralized, energy sustainable blockchain technology. We believe it is going to revolutionize the field.” said Dr. Maragliano, Chief Technology Officer at Solar Bankers.

In many countries, the solar energy market is monopolized by large utility companies. While solar photovoltaics provide a solution for producing cheap electricity in a decentralized fashion, many countries still lack a framework allowing consumers to profit from this technology. Solar Bankers is developing a fully decentralized infrastructure for electricity production, transmission, and exchange. This project will allow consumers to produce their own electricity using solar energy, and sell any excess at competitive prices to their neighbors in local marketplaces. While individuals will gain an additional source of income by producing electricity, reduced transportation costs will provide passive consumers with cheaper electricity. Solar Bankers will also provide its backers with cutting-edge photovoltaic devices. The company developed and patented a series of innovative photovoltaic solutions, including a hologram-based film that filters and concentrates incoming sunlight to make solar panels more efficient and less expensive.

Solar Bankers’ SunCoin token represents the ability to participate in a global network of free energy production and exchange. SunCoin derives its value from the way in which its provides access to a number of services that go beyond the mere liquidity benefits of a standard cryptocurrency or the single commodity backing of other tokens. Owners of SunCoin will be able to trade SunCoin for other cryptocurrencies or fiat currency, buy cheaper and cleaner electricity from other members in the decentralized network, purchase Solar Bankers’ energy-generating equipment to produce energy for private consumption or sale on the local marketplace, and trade SunCoin for CO2 Emission Certificates.

Solar Bankers’ network and token are based on SkyLedger, which was launched by early Bitcoin and Ethereum developers. SkyLedger implements a new distributed consensus algorithm called Obelisk, which distributes influence over the network according to a “web of trust” that corrects security flaws and centralizing tendencies associated with many blockchain networks. With SkyLedger, transactions happen in seconds, and can be adapted to any transaction rate. The network does not require fees, instead using a mechanism in which users receive coin-hours for holding their tokens, which can be spent to confirm transactions. The SkyLedger platform is energy sustainable and saves electricity costs.

For more information on Solar Bankers and the SunCoin token sale, visit a website.