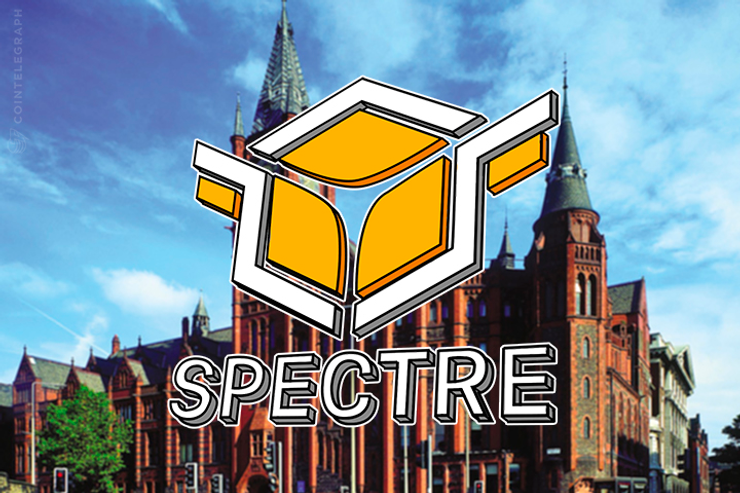 SPECTRE, short for speculative tokenised trading exchange, is a dramatically different approach to the classic, fraud-ridden financial trading model where brokers regularly tamper with platforms, engaging in unethical behaviour with financial traders and clients. Examples of this behaviour include tampering with price feeds, freezing withdrawals and trading on the client’s behalf without permission. Instances of fraud are rife across the binary options and FX industry with regulators across the globe struggling to contain the problem.

SPECTRE, built ground up on the Ethereum blockchain, removes the financial broker out of the equation and through the creation of novel, private escrow smart contracts along with a decentralised, autonomous liquidity pool, removes the need for deposits as well. This means that traders around the globe can engage with the financial markets, be it binary/digital options or trading FX and other asset classes, without human intervention.

The group plans to come out of alpha later in Q4 2017, shortly after it’s initial coin offering (ICO), where it will be issuing tokens in exchange for liquidity pool ownership, with a full-scale commercial launch expected shortly thereafter.

The group’s Chief Operating Officer, Zisis Skouloudis stated in an interview “Trustless, provably fair smart contract outcomes, all built on the Ethereum blockchain allow us to disrupt the classic trading model and remove the broker out of the picture entirely. The conditional, decentralised and autonomous liquidity pool that is owned by the public (not us) and rewards the public in the form of dividends, brings a new era of transparency into global financial trading.”

Traditional financial trading scenarios see traders trade directly against the broker’s balance sheet, creating a range of conflicts of interest and moral hazards. Financial fraud in trading is a multi-billion dollar problem each year. A small step forward would be a peer to peer exchange, however liquidity concerns stop these from ever reaching critical mass. SPECTRE hits both these birds with one stone.

“While decentralised trading is the future, so is autonomous, automatic regulation. This is why SPECTRE is a generation leap forward in trading as it can interface and relay data on a trade-by-trade basis to regulators who are approaching the blockchain for regulatory solutions”, Zisis stated. One such example is the EU funded project BARAC, short for blockchain technology for algorithmic regulation and compliance.