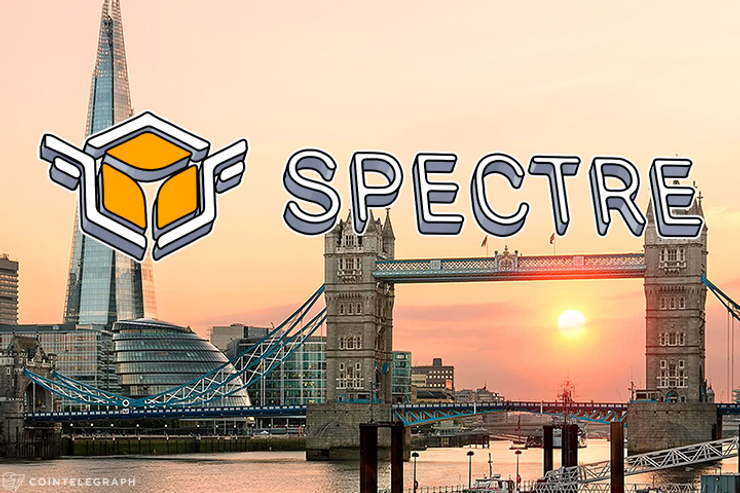 SPECTRE.ai, short for speculative tokenised trading exchange, is a dramatically different approach to the classic, fraud-ridden financial trading model where brokers regularly tamper with platforms, engaging in unethical behavior with financial traders and clients. Examples of this behavior include tampering with price feeds, freezing withdrawals and trading on the client’s behalf without permission. Instances of fraud are rife across the binary options and FX industry with regulators across the globe struggling to contain the problem.

The group is pleased to add Scott, both a prominent educator on Cryptocurrency education at Pluralsight and VR engineer, as board advisor. Scott has already worked closely with the group as an advisor on overall blockchain strategy and helped craft their cryptocurrency training academy which will be housed on Spectre.ai’s trading platform. Together with him, the group will be bringing virtual reality trading to the blockchain as part of their future roadmap. SPECTRE.ai, being the first broker-less prediction market platform catering to digital options, CFDs and other contract types, will also set a new benchmark in how traders around the world trade. The CEO, Karan Khemani commented “The installed base of HTC Vive, Sony PS VR, Oculus and other VR headsets is only moving in one direction: up! this represents an ideal opportunity to convert live OHLC candlestick data into 3d objects in 3d landscapes and allow traders to trade with a new level of immersion and feel for the market. Tie this to Spectre.ai’s broker-less technology and bring in social trading and it’s a slam dunk for traders.”

Spectre.ai’s strategic view is that while augmented reality offers benefits to traders, a wider market is likely to manifest itself amongst the millions of retail traders who can congregate and trade markets with a new level of depth, straight from their headsets. Oto Suvari, the group’s R&D director explained “Any trader will know that your standard issue web-trader offers 2d multi time frame charts which offer no depth in trading. You’ll be looking at a 5 minute chart and expecting the price to bounce off a flat, northern bollinger-band boundary hoping to buy some at the nearest moving average. However, without painstakingly zooming out to larger time frames to see where a more reliable moving average or support level may rest further below, the trader really isn’t presented with all information they need to make a reliable trading decision. In a VR scenario, the trader can literally fly over to this boundary and look down a giant 3d cliff, immediately identifying all the moving averages below him/her through time, instantly. As the experience is immersive, the trader’s body will be able to sense and feel depth as well forcing them to look before leaping!" The group’s Spectre.ai trading platform is unique compared to competitors as it is the only platform that already houses emotion control algorithms and an early warning engine that picks up dangerous trading habits and warns traders in advance of silly mistakes. Tying outputs from these engines into 3d model-space can help traders visualize dangerous trading situations easier.