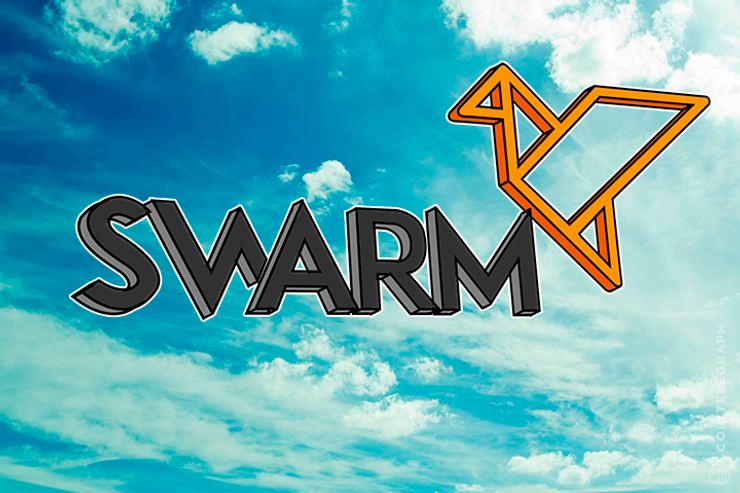 Swarm Fund’s operating model is based on the recommendations from Distributed Networks and the Law, the seminal academic paper on the intersection of blockchain technologies and regulatory compliance. Produced by the Harvard Berkman Center in 2014, the paper was the result of numerous contributors in the blockchain and regulatory fields, including Dietz.

“We’ve put in the legal legwork over the past three years to make sure we were a part of the discussion around regulation, versus trying to fight it,” says Dietz, who notes that this purposefully thought-out legal structure is particularly important in the context of China’s decision this week to ban ICOs in that country. “As people realize that they can’t just blissfully ignore the regulatory environment, it provides a great opening for projects like Swarm Fund, which has been deliberately designed to engage regulators,” Dietz says.

Swarm Fund is comprised of seven special purpose business units operating in six jurisdictions around the world. This decentralized geographic footprint interfaces with several regulatory regimes, providing the flexibility for Swarm Fund to adapt to the evolving rules regarding blockchain enterprises.

With a structure similar to a co-operative, Swarm Fund will be owned by its members, who will also determine, through a liquid democracy governance system, the administrative and philosophical direction of Swarm Fund. Members will vote on issues such as the investment direction of the platform, or whether to accept a new fund into the Swarm. Liquid democracy blends aspects of direct and representative democracy by allowing individual members to vote directly on an issue, or delegate their vote to someone else.

Two distinct types of tokens will exist within Swarm Fund: the initial Swarm “utility” token, which will give buyers access to the platform and allow them to participate, as members, in its overall governance; and the Swarm SUN sub-tokens, which will allow Swarm members to invest in the actual funds on the platform.

This ownership, governance and multi-tiered token structure enables Swarm Fund to pass several hurdles of the Howey Test, the applicable legal benchmark for security regulation in the U.S., while operating within the guidelines issued by the SEC on July 25, 2017 for ICO compliance.

A Disincentive to Pump and Dump

Swarm Fund’s token offering release them, in 42-day increments, during Swarm Fund’s first year of operation. This will limit initial liquidity in favor of maintaining a more stable token valuation.

Swarm Fund is a fully decentralized capital market place that democratizes investing by using the power of the blockchain to open up high-return, alternative investment classes to smaller investors through asset-backed funds using cryptocurrency tokens. It makes traditionally exclusive investment opportunities, such as private equity and hedge funds, inclusive for the Swarm by pooling together smaller investments into larger, institutional-sized blocks. Swarm Fund also gives fund managers access to more capital from a new asset class of investors who want access to institutional-type investments, but don’t have the high minimums many institutional funds require. Pilot investment vehicles on the Swarm Fund platform include a Distressed Real Estate Fund, a Solar Energy Fund, and a Crypto Hedge Fund.