The Blockchain Summit Latam Panama 2020 Agenda Is Ready for You

The wait is over and we know what speakers like Saifedean Ammous, Alex Mashinsky and Santiago Siri, among others will be talking about. 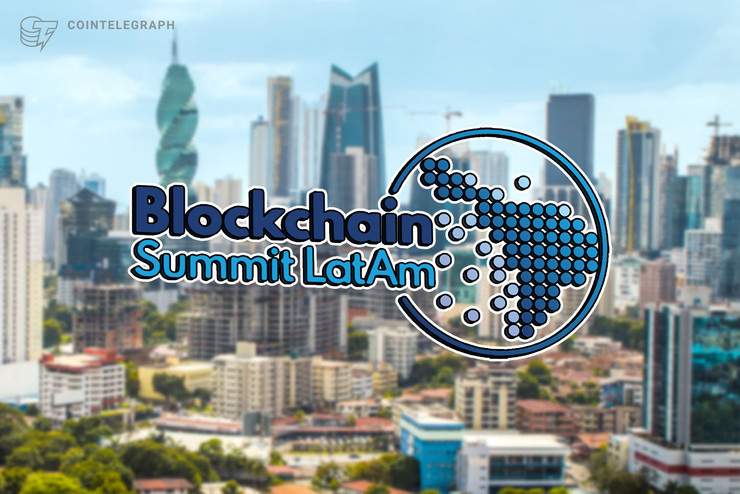 Blockchain Summit Latam (BSL) has its agenda published already. The wait is over and we know what speakers like Saifedean Ammous, Alex Mashinsky and Santiago Siri, among others will be talking about. The event will be in Panama City, on March 12 and 13, where there will be two days of high-level discussions regarding Bitcoin, cryptocurrencies, blockchain and its adoption in the region and the world.

Ammous, author of the famous book on economy and Bitcoin, The Bitcoin Standard, will speak on Bitcoin as a reserve currency, but also as sound money, according to the concepts of the Austrian school of economics. Ammous’ book is one of the most comprehensive economic studies of the operation of this technology and will be Lebanon's author's first participation in BSL.

In addition, Mashinsky, one of the inventors of the VOIP (Voice over Internet Protocol) protocol, with which many chat and communications applications such as Skype and Hangout, and will take the opportunity to present a new protocol called MOIP (Internet Protocol) that is currently working. Both will participate in the first day of BSL.

Siri, principal representative from Democracy Earth, explains what role technology plays in democratic systems around the world, as well as the weight that citizens can have in this type of political system.

In addition, Cristóbal Pereira, co-founder of LatamTech and general director of BSL, will participate with Daniel Ponce, representative of the Panamanian bank Banistmo, mong representatives of the colombian bank Davivienda discussing the contributions that blockchain technology can give to traditional banking system. The goal is to present projects that are already happening, as well as possible applications of the blockchain technology in other banking institutions.

Another of the panels that will drive interest in the attendants is the regulatory one. Traditional within BSL, this time will address issues of regulations implemented mainly in Europe and the United States, and that Latin America should have as the basis of regulation for the crypto industry.

The second day of the event highlights a panel discussion composed by José Rodríguez, an investor of Bitso and other blockchain-based ventures, among the director of Blockchain Land, Andrew Durgee of Republic and Sebastián Ibañez of Vulcano, to talk about where the role of the Investors in the startup ecosystem is based on this technology. How they visualize their development, focus of investment and where they are currently looking to invest.

Finally, an update of the Latin American Blockchain ecosystem map will be presented, to actualize the map, originally presented in the 3rd edition of Blockchain Summit Latam that took place on July 4 and 5 in Mexico City.

According to Pereira, in this edition the focus of the agenda and the themes will be placed in Financial Services and Logistics, since Panama is a financial and logistics center of America, where work is also being done to develop a Hub focused on those industries, work which is being carried out under institutions such as Capatec, Ciudad del Saber, Panama Hub Digital, Panama Pacifico, among others, all collaborators of the event. Together with the Government public office’s Agencia de Innogación Gubernamental (AIG), who will be in charge of welcoming the event on March 12.

Other important speakers will participate in the event, such as the Argentine educator Catalina Castro, the LocalBitcoins.com representative, Vladislav Alimpiev, the Argentine bitcoiner Franco Amati, representatives of Ripple, Koibanx, among other blockchain implementation projects and cryptocurrency use.

Ticket prices range between $90 and $700, and those interested can still receive a 25% discount for the purchase of their tickets, which can also be used using cryptocurrencies through the Cryptobuyer payment processor, Venezuelan-Panamanian company, which co-organizes the event with LatamTech.

For more information, please contact our media team to media@latamtech.la.