The CopPay Decentralized Payment System is Going to Raise USD 19.7 mln During ICO

The CopPay decentralized payment system is going to raise USD 19.7 mln during ICO 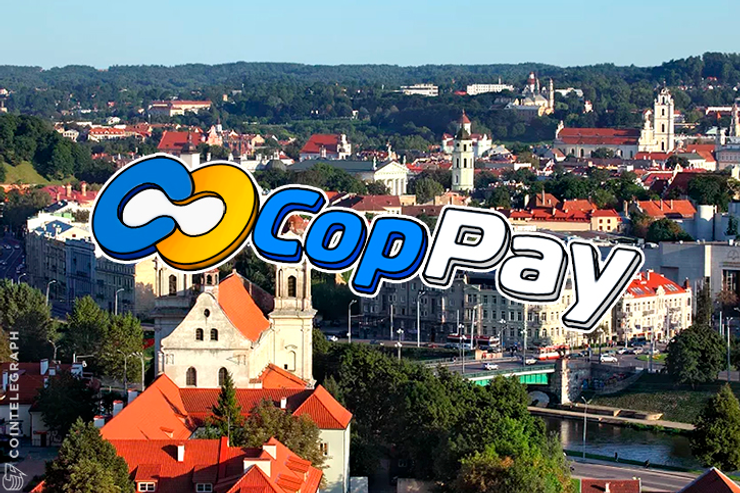 The CopPay project (former conpay) starts ICO on October 16. It is planned to raise 65,800 ETH (USD 19.7 mln) within a month. ICO will be over on November 16 or earlier if the funds are attracted faster.

Successful pre-ICO finished of CopPay project on September 8 and the cap (more than $ 500k) was reached before the official pre-sale end date.

CopPay is an international decentralized multi cryptocurrency payment system based on the CopPay terminal network.

The CopPay idea is to create a world, in which any demands of a person will be met using cryptocurrency. It is aimed at installing millions of virtual CopPay terminals all over the world that will exclude the intermediaries between a buyer and a seller and will ensure the cross-border usage of cryptocurrency.

Today the market capitalization of cryptocurrency exceeds $120 billion. Moreover, according to forecasts it may double by the end of 2018 as existing coins increase in value and new tokens appear. But up-to-now cryptocurrency holders face difficulties because there are only few merchants accepting payments with cryptocurrency.

At this date, the payment terminals are installed in Belarus and Chile. It is planned to cover the markets of Western Europe, the CIS, and North and Latin Americas in the short run. CopPay is in negotiations with hundreds of merchants including big supermarket chains to cryptofy their businesses.

The minimum funding goal (soft-cap) for the ICO is 6,580 ETH. Tokens that are not sold during the ICO will be frozen until CopPay blockchain is developed.

CopPay will allocate 10% of the resources to the fund which will be used for the buyback procedure of COP tokens after ICO is over. After that, 1% out of 2% commission will be sent to the fund. CopPay will buy COP tokens at the market price on exchanges.

Moreover, after CopPay project is profitable, 10% of the profit will be distributed among COP holders in form of a COP voucher. Voucher can be used as a discount, up to 50% from the purchase price of goods and services when buying them from CopPay merchants.

"The project team executed a huge development work since the Pre-ICO completion. We invited Dr Ichak Adizes join our Board of directors. Besides, we have significantly improved the performance of the CopPay terminal and the project business-model. Before ICO, we will focus on the qualitative expansion of the project team, installation of new terminals in the key countries, as well as ICO marketing," says Inna Samovich, CEO CopPay.

The increase in attracted resources is associated with the necessity of more aggressive expansion of the terminal to the markets of Western Europe, CIS countries, South-East Asia and Americas. The number of COP tokens emitted for an ICO period will not be increased. If it was planned that the formula of price determination would amount to 30,000 COPs per 1 ETH for a period of ICO, then the price grew to 19,000 COPs per 1 ETH after the changes.

"We decided to increase the price of COP tokens that will be sold during ICO rather than to increase the issue in order to take into account the investors' rights believed in the project at Pre-ICO stage. Thus, they will get 57.8% preference rather than 33.3% one as was supposed earlier," says Vladimir Serzhanovich, co-founder of CopPay.

CopPay launched an expanded version of White Paper, which is available on the web-site. CopPay raised over 1,666.67 ETHs (USD 500 thousand) during Pre-ICO. It was planned that Pre-ICO would last from August 28 to September 11, 2017. However, the sale was completed earlier, on September 8 due to the high demand for COP tokens.

Join the discussion on Telegram