Torches, the lending protocol on KCC, opens TOP Mining with up to 900% mining rates

Singapore, July 15, 2022 — Torches Finance, the decentralized lending protocol, announces the official launch of TOP — Torches (TOR) token Points — Mining. By participating in the supply-and-borrow feature, users will be able to obtain TOP rewards, which can be exchanged for TOR tokens with a certain coefficient before the TOR token launches.

Built on the KuCoin Community Chain (KCC), Torches grew to the top lending protocol with its total market size at more than $3 million. Starting from July 15 at 10 am UTC, Torches allows users to get TOP rewards for supplying or borrowing crypto assets available on the platform. In addition, Torches will open burning and boosting periods from July 18, and users can boost the mining rate up to 900% by burning Torchlight, the Genesis nonfungible token (NFT) collection of Torches Finance, within the specified time. Different Torchlight rarities have different TOP Mining-boosting buffs. Currently, Torchlight can be traded on the MojitoSwap NFT Marketplace. 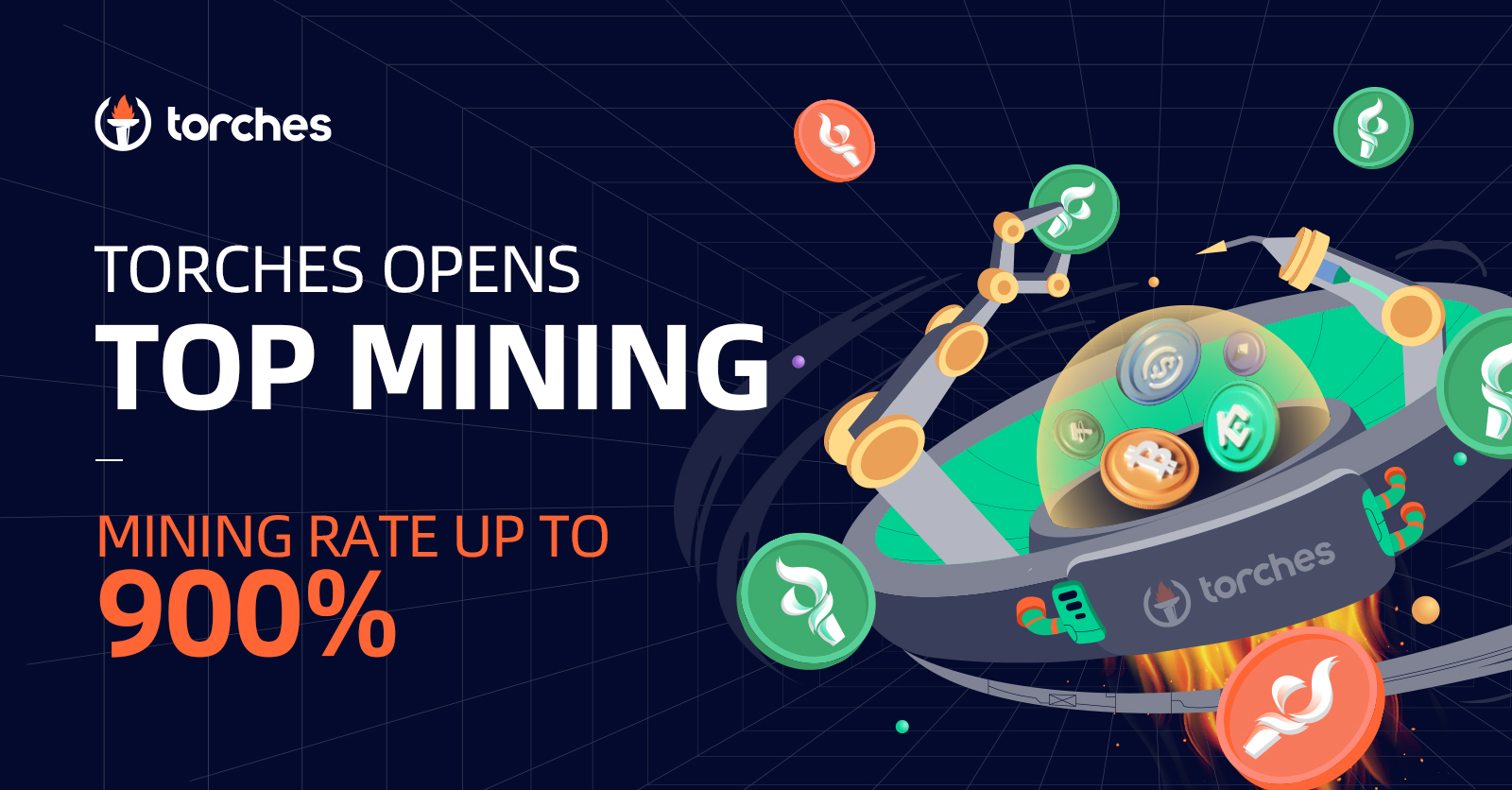 With its rapid growth, Torches achieved one significant milestone after another. On July 8, Torches announced a strategic investment by KuCoin Ventures, the leading investment arm of the global crypto exchange KuCoin. Then, it developed a strategic partnership with KuCoin Wallet on July 9. Torches, the top lending protocol deeply incubated by KCC, will receive multiple resources from KCC, including products, market, liquidity support and more. As the infrastructure of KCC, Torches is expected to further cooperate with KCC in the future to improve users’ asset utilization and enrich the on-chain decentralizd finance (DeFi) ecosystem.

Eric Spark, chief media officer of Torches said, “We are honored to have received the support of KuCoin Ventures and KCC in the early stages. As the infrastructure of KCC, Torches is committed to being the most convenient and popular lending protocol on KCC and even in the whole decentralized world. In addition to exploring technology and products, we also hope to bring users a better on-chain experience through various activities. TOP Mining is not only an incentive for Torches’ liquidity providers in the early stages [but] it also allows more users to enjoy the seamless crypto lending experience that Torches offers. By improving users’ asset utilization and enriching their crypto investment options, Torches will open the door of a decentralized world for more users and accelerate the development of the KCC ecosystem.”

Currently, the smart contract on Torches has been audited by PeckShield, and both parties have made multiple optimizations on smart contract permissions, oracle mechanisms and operation logic. With the release of a series of operational activities such as TOP Mining, Torches will significantly increase its market exposure and share and is expected to become the first phenomenal DeFi project on KCC.

KCC is a public chain project initiated and built by the developer community of KCS and KuCoin, aiming to solve the network latency and high gas fees of Ethereum. KCC is Ethereum-based and compatible with Ethereum Virtual Machines and smart contracts to provide community users and developers with a higher-speed, more convenient and lower-cost blockchain experience.