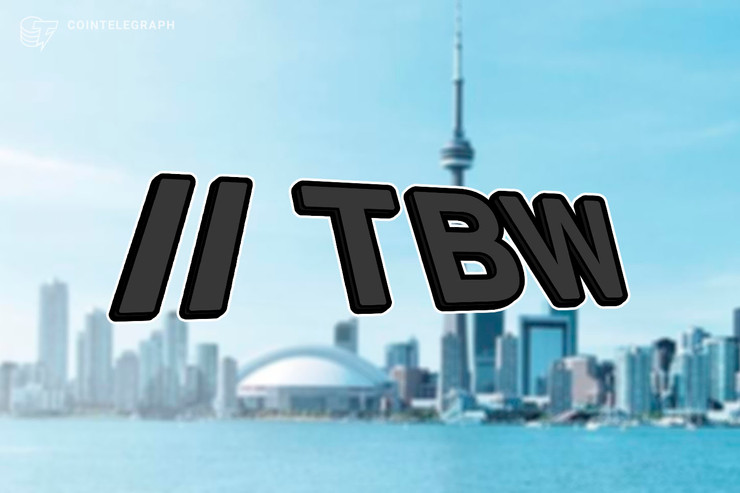 Toronto, ON (February 18th, 2019) – Blockchain technology, one of the hottest trends in technology, will see its largest annual gathering again from April 2nd to 9th for Toronto Blockchain Week (TBW). In its second year, 50 events are expected, with 20 revealed so far on the schedule at torontoblockchainweek.io.

Toronto Blockchain Week is a week long celebration & event series that highlights the employers, technologists, changemakers, academics, entrepreneurs and everyone else that is making to driving the global blockchain industry forward. There will be academics sharing the latest research and individuals exploring blockchain for the first time; capital markets panels on Bay Street, startup hackathons at George Brown, and individuals engaging with the broader Toronto public and tech community and business leaders creating deal making opportunities within Canada and internationally. Blockchain Revolution Global is returning as the signature enterprise event of Toronto Blockchain Week (TBW).

Last year’s event was officially proclaimed by the City of Toronto as “Blockchain Week” and drew many thousands of attendees to Toronto’s blockchain company headquarters, downtown universities, and conferences. This year, Toronto Blockchain Week will take place during a week of 50+ events to be announced over the coming weeks. New events are continuing to be accepted and there is no fee charged for being a part of TBW. We are proud to once again offer a week of free/low-cost events, mixed with professional networking dinners, major conferences, and everything in-between. In the spirit of “decentralization”, a rallying cry for the industry, Toronto Blockchain Week is open to all, and Toronto Blockchain Week does not charge fees to event hosts, nor attendees to participate. The week is generously supported by sponsors, a volunteer Steering Committee made up of leading people in the industry, volunteers, and the founding team.

Toronto Blockchain Week was founded by three long-time blockchain community members, lawyer Addison Cameron-Huff, academic researcher turned CTO Marek Laskowski and VC investor Eden Dhaliwal, who saw a need for the week. Co-founder Eden Dhaliwal views the week as a way to “rally Toronto’s diverse community of blockchain thinkers, hackers, founders and investors into a week-long event series that showcases what Toronto has to offer.” Co-founder Marek Laskowski is particularly proud of “the conversations that developed last year around cyber-security, privacy, and how we can use blockchain technology to improve Canadian society.”

Toronto Blockchain Week co-founder Addison Cameron-Huff was delighted at last year’s attendance, “We had thousands of attendees last year across 45 events. April 2nd, 2020 will kick off conversations, connections, and investments that will last until TBW2021 and beyond.” Eden Dhaliwal, describes it as “a spectacular platform for the industry, made possible through the support of volunteers, businesses, government, and sponsors. We’re just getting started.”

Michael Rabkin, Head of Institutional Sales at DV Chain & Head of Global Partnerships at DVeX concludes: "DV Chain / DVeX is proud to be partnering with Toronto Blockchain Week for the second year in a row, to put on another amazing event. Toronto Blockchain week is not only run by a group of successful volunteers, but it helps further expand the digital asset ecosystem here in Canada. Last year's initiative was a tremendous success, and we look forward to making this year even better!"