TrueDonate creates direct competition for the PayPal Giving Fund and enters ICO in December with a plank of $ 40 million. 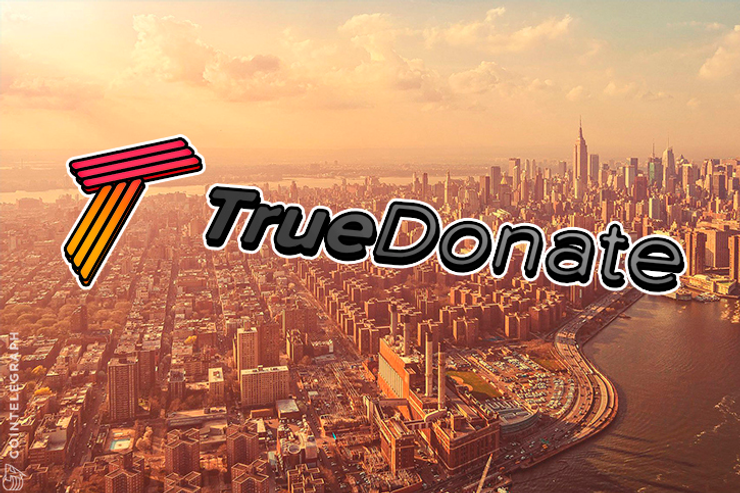 March 1, 2017 New York Times published a scandalous article about a lawsuit claiming that the PayPal Giving Fund platform redirected voluntary donations at its discretion without the donor’s consent. It turned out that donors participated in fundraising, but their money was not used for their intended purpose. This is a problem of most centralized systems. Large cash flows depend on decisions of only a few people. As a result, this leads to a large-scale corruption. According to the UN Secretary General Ban Ki-moon, over 30% of funds transferred to charity, disappear without a trace.

TrueDonate is a decentralized system that allows you to organize transparent and secure fundraising in cryptocurrencies without third parties. In this case, the regulatory function is performed by smart contracts (an open source program, sewn into a blockchain system). This approach guarantees 100% target receipt, but also completely eliminates third parties and the possibility of corruption.

Smart contracts and blockchains in charity

Thanks to smart contracts and blockchains, you can track the money flow, which completely excludes the possibility of theft at the transfer stage from the donor to the recipient.

With the development of the infrastructure of blockchains and receiving cryptocurrency as a means of payment, TrueDonate plans to create new smart contracts that not only guarantee the transfer of 100% of the funds to the recipient, but also control their intended use. For example, when a smart contract has an exact amount and its intended purpose, indicating the account of the contractor or seller.

The launch of the TrueDonate platform with the introduction of a blockchain and smart contracts into the charity segment directly competes with centralized funds, such as the PayPal Giving Fund, and further question the usefulness of the latter.

Regulation by the global community

The situation described by the New York Times was publicized only because one of the donors decided to check whether his funds had reached their goal. And this is only an isolated case of verification. In fact, funds like Giving Fund are "black boxes". No one knows what goes on inside. And no one known how many facts of redirection are yet to be uncovered.

To further protect the campaign, TrueDonate introduces the public regulation function. In other words, both the campaign and the flow of funds are available to the global community and its control. In case of revealing the facts of fraud or doubtful schemes, people pay attention to it, expose fraudsters, and the smart contract will return all donations.

TrueDonate starts ICO on December 1, 2017.Plank in fundraising projections - $ 40 million. Anyone can buy tokens. Tokens can also be obtained through the Bounty campaign (more details in whitepaper).