Wemade, a game company aggressively expanding the ecosystem of top global open blockchain gaming platform Wemix, has become a title sponsor of the upcoming Korea Blockchain Week 2022. Henry Chang, the CEO of Wemade, will present a comprehensive plan on how to expand the Wemix ecosystem. 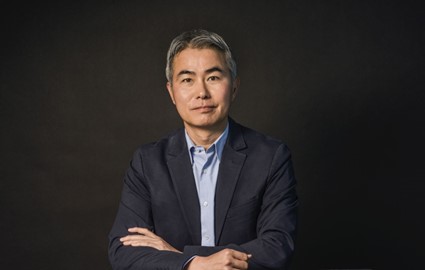 Blockchain community builder FactBlock announced that Chang will give a keynote speech at Korean Blockchain Week 2022: Impact, held at the Grand Intercontinental Seoul Parnas Hotel in Samseong-dong, Gangnam-gu, Seoul on Aug. 9 at 11:00 am KST. He will also share his insights on the ultimate utilities of cryptocurrency regarding gaming and the Metaverse. KBW2022: Impact is one of the main conferences of Korea Blockchain Week 2022, a blockchain event being held from Aug. 7 to 14.

Wemade, a leader of the play-to-earn paradigm, has developed its own blockchain platform Wemix 3.0, which will be launched in the third quarter of this year. With hit titles based on the ever-popular Legend Of Mir, Wemix aims to be the top global open blockchain gaming platform. It began to build a huge inter-game ecosystem that breaks down barriers between in-game economies and the external economy. The goals include establishing Wemix’s token as “the key currency of the gaming world.”

FactBlock CEO Seonik Jeon said, “Wemix is the most actively expanding ecosystem right now,” adding, “the industry is paying keen attention to how the Wemix ecosystem will grow in the future.”

Marking its fifth anniversary this year, KBW2022 is Asia’s largest blockchain event with more than 5,000 people in the blockchain industry participating every year. It is hosted by blockchain community builder FactBlock and co-hosted by blockchain venture capital Hashed, and blockchain hedge fund Rok Capital will participate as a partner. The title sponsors are Wemade, Klayton and Solana. The events will be held all over Seoul, including at the Grand InterContinental Seoul Parnas Hotel and Dongdaemun DDP. Registrations are open on the KBW2022 official website until Aug. 8.