Why Can DAD With 500 Million Users Reshape the Digital Advertising Industry?

Advertisement: The word comes from Latin “advertere,” which means "attention, inducement and transmission," which then evolved into “advertising.” Its meaning is often taken to be "an action to make others notice" or "something to cause others to pay attention."

Nowadays, advertising is integrated into many aspects of our lives. From home to company, they are everywhere: buses, subways, elevators, and even bathrooms are covered by advertisements. Turn on you mobile and computer, and at first glance, advertising is there as well: Search - Video - Game - Forum – Social media. 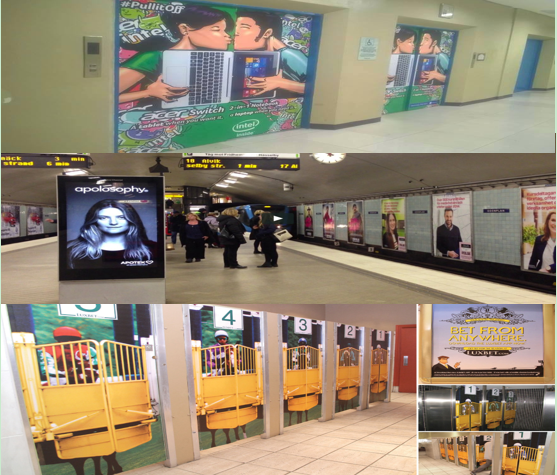 We deal with advertisements all the time in our lives. It is not hard to spot some of the problems. For example, we have to step out of the advertising message when we just want to easily watch a video, our information was completely transparently exposed in the Internet world just after we registered a website; and we are bombarded day after day with various kinds of unrelated advertising information and even accidentally enter the trap of fraud which can cause all kinds of losses. These illegal advertisements have brought many troubles to Internet users, and they are increasingly looking forward to the emergence of brand new advertising platforms, allowing them to see the ads that they really need and the products that are of genuine value and material. Of course, it would be great if they could get a share of the profits while watching the ads.

After learning what the users really think, DAD ads block chain has been utilizing its own data resources to accumulate and combine with blockchain technology since 2013. The goal is not only to realize the needs of the aforementioned users but to reshape the entire digital advertising industry. We have entered the era of blockchain advertising, together with hundreds of millions of users around the world. What can D-ad (Decentralized Advertising) do?

Traditional mode: tens of millions points of advertising content have been analyzed and calculated using big data and artificial intelligence, and a mature advertising data model is used to eliminate illegal advertising as much as possible.

DAD  blockchain mode: D-ad lets the power return to users. Nowadays, you only need to use your voting power when you see the advertisement, and you can kick false and offensive ads out the whole D-ad chain.

DAD  blockchain mode: The data stream is all interconnected. All the information such as advertisement spots, clicks, attentions, downloads, etc. are openly published. Once recorded, they cannot be changed. The data is fed back to the advertisers, and they can watch the data on DAD  blockchain at any time.

Traditional mode: for traffic party quotes, or bids, the advertiser confirms the price and starts the campaign, and they are responsible for ROI. If there is a problem, it can cause many disputes with the traffic party.

DAD  blockchain model: Advertisers choose advertising spaces and models and sign contracts through smart contracts. Pricing, bidding rules, and processes are recorded in distributed nodes, and the corresponding fees are automatically paid for media traffic platforms based on smart contracts.

4. Token Economics - share the income and have the added value as well

Traditional model: 40% of advertisers’ advertising fees are taken by advertising platform middlemen, and 60% are obtained by traffic. This part of the revenue is totally independent of users. Is this phenomenon reasonable? Isn't the user really a contributing person?

DAD  blockchain model: 60% of advertising costs for advertisers are obtained by the media, and 40% are directly distributed to users. Users can actually gain their own profits while watching advertisements.

If DAD  advertising revenue accounted for 20% of Google's revenue, the revenue from the entire DAD  user ecosystem would reach a staggering $166.4 billion. At present, DAD  is supported by high-quality investment institutions such as ONT, NEO, and Danhua Capital. With many years of in-depth cultivation of digital advertising industry innate advantages, DAD  will be one of the earliest advertising blockchains for users, advertisers, and media and will reshape a new world of digital advertising.

Enjoy revenue from advertising; we will be waiting for you at DAD.