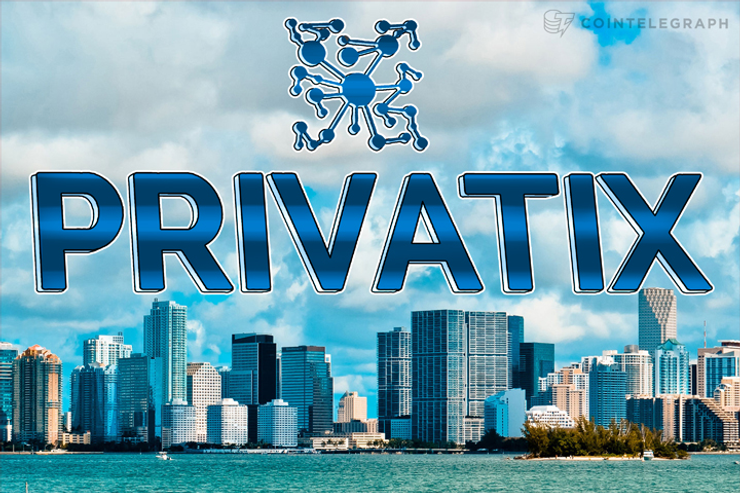 PrivatixToken Limited announces the beginning of token sale for its VPN-platform Privatix Network based on blockchain. Autonomous and decentralized VPN Privatix allows users worldwide to sell unused internet channels for cryptocurrency or buy such channels for business purposes, for better bandwidth or to avoid censorship.

On October 19, 2017, 14:00 UTC - PRIX token sale begins. Importantly, the pre-sale offer of 300,000 PRIX tokens that was launched on September 14 successfully finished hitting the goal of 1608 ETH ($470,000) and indicating a great interest of the audience to the concept of a standalone blockchain-powered VPN. Unlike other tokens, PRIX tokens cannot be mined. After the initial emission, the overall number of tokens remains fixed and no more new tokens will be issued. A bonus of 40% is granted to every buyer in the first 48 hours after the token sale starts. Then the bonuses will decrease every week.

The founders of Privatix recognize their main goal as creating an autonomous open source decentralized platform that can migrate between blockchains if necessary to remain fully operative under any circumstances. Each developer can implement various solutions based on the platform or use the platform as is. A number of products are already planned for future release: Privatix.Agent – a cross-platform application to buy and sell internet channels, will be released in Q4 2017. In 2018, a completely decentralized VPN service will be launched, and users will receive an option to buy and sell Proxy/Socks using the API. Finally, the roadmap of the company announces two more products for 2019: Privatix.FAAS (Freedom-as-a-Service) and Privatix.Monetize, both available as SDK for mobile platform developers. The official launch of the platform is planned for Q1 2019.