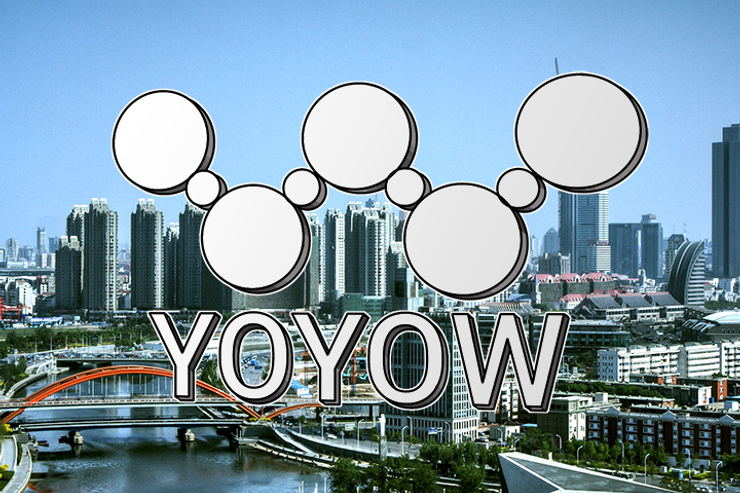 yoyow.org is a under-development blockchain-based social media platform that developed by senior members of China Bitshares community. After the Initial Coin Offering (ICO) on BitFundPE owned yunbi.com on May, the first version of yoyow will be released within the next few months.

"Yoyow will become the blockchain version of Facebook, Quora and Zhihu" said Alex Lee, media manager in yoyow project for oversea market ."Compare to our competitors (steemit, decent etc.), yoyow has many advantages: Firstly, the yoyow blockchain is built on Graphene framework that provide fast confirmation speed, and use a new consensus algorithm - PoF (proof of flow) to better reward content creators, curators and third party platforms. Secondly, a lower system influence ratio, the annual influence ratio of yoyo coins will below 10% to avoid price fluctuation and ensure the investment from our investors is not eroded. Thirdly, yoyow built-in full toolkits for content compliance and advertising systems to make yoyow project more sustainable."

Following are some main features of yoyow project:

Like witness system used by bitshares, yoyow has a similar system called "Council".The members of Council are elected by stakeholders of the platform. Except for generating blocks, etc. the Council also has the right of removing content from the blockchain if the content violates the law. BUT the removal right can only be used when majority is reached in the Council.

For any kind of social media platform and website, its value is always about website traffic. Platform carry information users needed. Traffic brings advertisement and profits to platform. So we believe user's value to the platform can be evaluated by how many effective traffic users brings to the yoyow platform, and at the same time, yoyow gives rewards to users that creating useful content which attract more traffic to the yoyow platform.