ZrCoin Crowdfunds First Ever Commodities Option On The Blockchain

A new initiative will shortly hold an ICO to ramp up production of a key industrial material using green technologies – creating the first commodity-backed cryptographic token in the process. 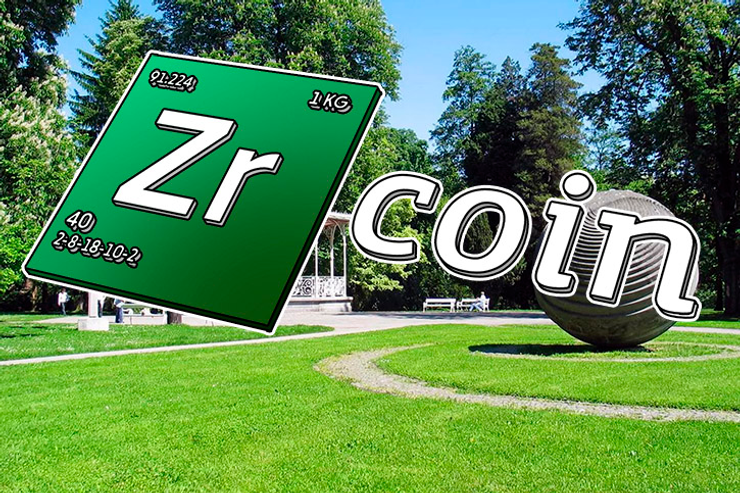 A new initiative will shortly hold an ICO to ramp up production of a key industrial material using green technologies creating the first commodity-backed cryptographic token in the process.

A group of international entrepreneurs will soon launch the world’s first blockchain token backed by an industrial commodity. ZrCoin will be a derivative the option to buy an equivalent amount of synthetic Zirconium Dioxide (ZrO2), a highly in-demand product used as a refractory material in numerous different manufacturing processes. Funding for a new production plant will be secured by a crowdsale of the ZrCoin token.

The team of scientists and industrialists, spearheaded by financial analyst and blockchain expert Andrey Nikonorov, has developed a new green process for producing ZrO2 from waste materials, rather than extracting it from existing or newly-discovered deposits. In addition to using cutting-edge manufacturing techniques, the project will also leverage the latest financial technology. The blockchain has long been held up as a solution to the inefficiencies of global markets, but until now the advantages have never been realised in practice. ZrCoin will be the first major globally traded blockchain security that is backed by a real commodity.

ZrO2 is a scarce material that is used in the production of ceramics and in other applications where physico-chemical resilience under high temperatures and adverse conditions is required. It is a structural component of alloys used in the construction of atomic reactors, and critical elements of chemical reactors, artificial joints and prostheses are made of Zirconium. It is used to produce high-temperature ceramics (refractory products) and is the refractory material with the best price-quality relationship rating.

The demand for synthetic zirconium is such that investors will be repaid, at a significant premium, from the profits of the operation. Buy-backs will start no later than eight months from the end of the crowdsale, and the token will trade on the market in the mean time. ZrCoin will also be redeemable for a unit of physical ZrO2, if desired.

The decision to launch the endeavour on the blockchain is both a practical necessity and an opportunity to catalyse a new kind of economy. ‘The reality is that banks do not give money for ideas like this,’ explains Andrey Nikonorov. ‘Mainstream outside investors wanted to own 70-80% of the business, which we were not prepared to accept. So alongside our new green manufacturing technologies, we have developed a new way of structuring investment and perhaps pioneered a new means of commodity trading.’

Because the value of ZrO2 is priced in USD and is relatively stable, ZrCoin will have protection from the volatility that is otherwise endemic in the cryptocurrency world making it an attractive ‘safe haven’ asset for traders. Moreover, investors can receive their money back at any point after the end of the ICO.

The ZrCoin ICO will seek to raise a minimum of $3.5 million. Investors will be able to deposit via wire transfer as well as with bitcoin and other cryptocurrencies. Larger amounts would allow the construction of two production lines, accelerating the process and allowing faster buy-back of ZrCoins. For more information, visit a website.