Co-founder and CEO of Circle 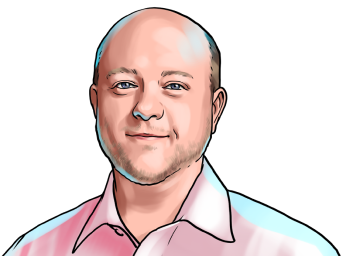 In October 2013, Jeremy Allaire launched Circle, a finance company that aims to bring Bitcoin and other cryptocurrencies to the mainstream. In March, Allaire said during an interview with Fortune that stablecoins will prevail and that he welcomes Facebook’s plans for its own stablecoin. In May, Allaire wrote in a blog post that the crypto space needs more regulatory certainty and that the definition of cryptocurrency is too broad. Allaire graduated from Macalester College in St. Paul, Minnesota, where he double majored in political science and philosophy.

While Circle has been busy developing an active ecosystem around its USD-backed, Ethereum-built stablecoin, USDC, Allaire has continued to be an outspoken advocate for other stablecoin initiatives, including Facebook's controversial Libra and the various central bank digital currencies reportedly in development, saying that a multitude of projects operating within open standards is the ideal way to create a truly global payments system. With Big Tech and governments entering the fray, Allaire criticized the lack of regulatory uncertainty that can present a foundation of shifting sands for entrepreneurs and builders in the space.

In July, Allaire appeared on a witness panel for a U.S. congressional hearing on regulatory frameworks for the crypto space. Earlier that month, Allaire accepted Tron CEO Justin Sun's invitation to attend a charity lunch with Berkshire Hathaway CEO Warren Buffet, one of the most accomplished investors alive who has held a negative stance on Bitcoin, calling it a "delusion" that "attracts charlatans." At the close of the year, Circle sold its OTC trading desk to the Kraken exchange, shifting its development focus to the USDC stablecoin protocol.

As various stablecoin initiatives make waves throughout 2020, we anticipate that Circle will remain a leading player in the space as it strengthens and expands the USDC protocol. 2020 marks a drastic shift in the company's business strategy, with the company selling its popular OTC trading operations to Kraken in order to allocate more resources to USDC's development. We expect Allaire will continue to voice his support for the burgeoning stablecoin market and air his opinion on the changing regulatory climate of the industry.