Co-founder and general partner of A16z 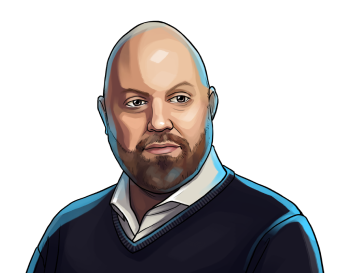 “What else are feathers for? They just like to get ruffled. [...] The thing that stands out is the thing that’s different.”

2019 marked a huge shift in A16z's direction. In April, the venture capital firm announced its intention to transition from a VC business structure to a financial advisory firm, which would allow the company to participate and invest in higher-risk areas such as the burgeoning crypto industry. In September, Andreessen called for less stingent regulations of the crypto industry, citing that the various technologies could solve many of the problems of the current internet if innovation and commerce were not stifled. At the close of the year, A16z revealed details of its free crypto startup school.

2020 will see A16z's transition from a venture capital firm to a financial advisory firm as it seeks to participate more directly in higher-risk ventures, such as crypto and other emergent technology sectors. The seven-week crypto startup school will take place from Feb. 21 to April 3. All courses will be made available online for free after the conclusion of the program.