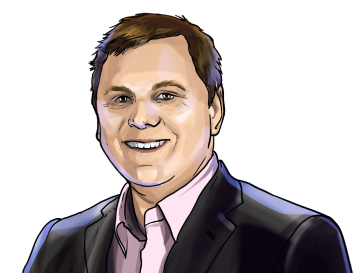 “To me, Bitcoin is money, nothing else is.“

J. Michael Arrington is the founder and former co-editor of TechCrunch. He is also the founder of crypto-centric venture fund Arrington XRP Capital. Magazines such as Wired and Forbes have named Arrington one of the most powerful people on the internet.

A busy year for Arrington XRP Capital, 2019 saw the firm participate in several funding rounds for a range of projects, including Skale and Casper Labs. The firm merged with crypto fund ByteSize Capital and invested in multiple other funds, including Dekrypt Capital and Algo Capital. In April, AXC announced it was joining the Terra mainnet as a genesis validator for the network underlying the price-stable cryptocurrency project. Arrington also lent vocal and financial support to DefendCrypto, a legal fund in support of the KIN cryptocurrency's fight against the SEC's enforcement action that deemed the project's fundraising event as an unregistered securities offering.

We expect Arrington will continue investing in a range of blockchain infrastructure projects and funds throughout the new year, with continued efforts in establishing a foothold in the Asian markets.