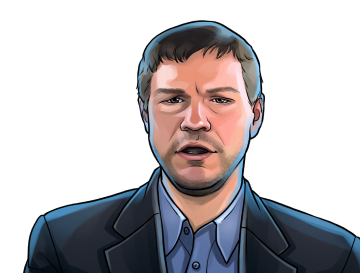 “Every time somebody gets censored, boom… they become a Bitcoin fan.“

Nick Szabo has been involved in the crypto sector since the 90s, pioneering, among other ideas, the notion of “smart contracts” as well as designing BitGold, a precursor and influence to Bitcoin. Many often point to Szabo as the most likely living person to be Bitcoin’s anonymous inventor, Satoshi Nakamoto.

Szabo maintains a fairly quiet presence in the industry, but occasionally comments on social/technical developments on Twitter and writes detailed essays on technology, money and society on his blog, Unenumerated.

At the beginning of the year, Szabo made a presentation at the Israel Bitcoin Summit Tel Aviv University. At the event, he suggested that central banks around the world could turn to Bitcoin to secure their reserves and prove solvency in a trust-minimized fashion.

He further suggested that adoption of cryptocurrencies will likely occur in destabilized regions where the monetary systems are unreliable and subject to severe volatility. He has also voiced interest and support for the development of Bitcoin-scaling solutions such as the Lightning Network

It is unclear what Szabo will work on in terms of projects and ventures. We expect the crypto pioneer will speak at events and continue commentating on world events and technological developments in crypto and beyond.