Co-founder and CEO of Blockstream 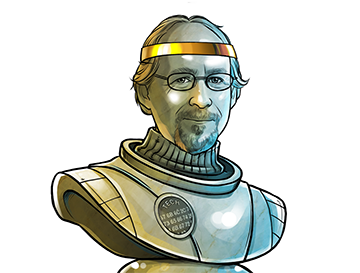 “You can understand Bitcoin at different levels, but I think even the people who are implementing details of the protocol or thinking about cryptography protocols, or incentives and game theory, are effectively still learning things, which might be surprising to some people.”

Adam Back is a renowned cryptographer and cypherpunk. Prior to his involvement in the Bitcoin space, Back was known as an early pioneer of the digital currency movement. He developed Hashcash, a method of countering denial-of-service attacks using a proof-of-work algorithm, in 1997. Years later, this advancement provided the foundation for Bitcoin’s mining capabilities. In 2014, Back co-founded a blockchain technology company called Blockstream. His work is referenced in Satoshi Nakamoto’s original Bitcoin white paper.

Back’s work with Blockstream continued to push the crypto space forward in 2020. His company saw a number of successes, including major upgrades to its satellite network and initiatives to expand its Liquid sidechain ecosystem. In July, the Liquid Network got its first general-purpose Javascript library, allowing external developers to start building a more robust environment around the project. A decentralized exchange built on the Liquid Network opened for early access in September.

With Back’s guidance, Blockstream’s Liquid Network is likely to make further strides in the coming year. There are talks of Ethereum-like features on the way for Bitcoin thanks to the project’s cross-chain capabilities. With the first nonfungible tokens already launched on Liquid, the network may yet challenge Ethereum’s dominance as the go-to ecosystem for blockchain asset issuance.