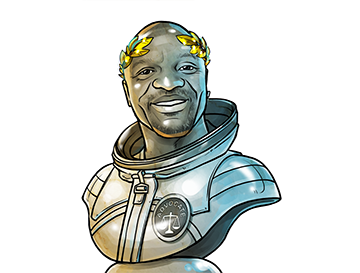 “There are going to be digital currencies that will float through the whole universe that allow us to trade in a way that we’re already accustomed to — but now it’s going to be the norm.”

Akon, real name Aliaume Damala Badara Akon Thiam, spent most of his early childhood in Senegal, which has had an enduring influence on his creative and entrepreneurial pursuits. Akon is a Grammy-nominated musician and successful philanthropist, with his Lighting Africa initiative having provided electricity to dozens of countries in Africa. He is also a major proponent of cryptocurrencies and has plans to launch his own cryptocurrency, Akoin, which will be used to power the economy of a new "crypto city" in Africa.

The news that multiplatinum-selling recording artist Akon intended to create his own crypto didn’t come as a surprise. In February, the artist announced that the Stellar blockchain had been chosen for building Akoin, and later in the spring, Akon shared the white paper for the upcoming digital-asset project. Akoin is designed as a cryptocurrency for use in Akon City, the dream of a futuristic city in Africa that this year became more and more real.

The first step toward Akon City was made in mid-summer by signing a $6 billion construction contract with United States engineering firm KE International and raising $4 billion to fund the first two phases. Later in November, it was announced that Akoin would launch in the $2 billion Mwale Medical Technology City in western Kenya, a newly built city centered around a state-of-the-art medical and technology complex.

Cointelegraph expects to most certainly hear more exciting news about the world’s first “crypto city," Akon City. Apart from the city’s development itself, Akon’s great efforts to bring transparency and financial inclusion to Africa may lead to new announcements of further medical and educational projects powered by blockchain tech in Africa in general and Kenya specifically.

There is also always the chance that Akon will dabble in nonfungible tokens and release digital music collectibles or promote other tech improvements related to the music industry, considering he is a famous musician who is also a crypto advocate. More than that, we may even hear some songs about crypto recorded by Akon. And without any doubt, we will find out more details about the Akoin cryptocurrency project and what its next ambitious steps are.