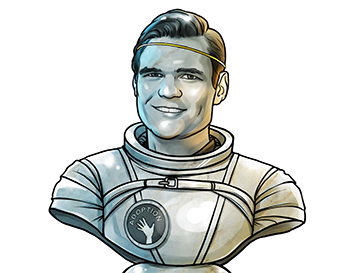 “Crushing BTC in the U.S. is not feasible, in good part because key U.S. regulators have already supplied guidance on how it should be regulated.”

Alex Tapscott is an internationally recognized writer, speaker, investor and adviser specializing in the impact of new technologies like blockchain and cryptocurrency, as well as business, society and government. Tapscott is widely known for co-founding the Toronto-based Blockchain Research Institute with his father, Don Tapscott. He is also a co-author of Blockchain Revolution: How the Technology Behind Bitcoin is Changing Money Business and the World.

Tapscott is a former member of the advisory board of Elections Canada, an independent nonpartisan agency responsible for conducting federal elections and referendums. In 2017, Tapscott and his father were recognized with the “Digital Thinking Award” from Thinkers50. He is also the honorary dean of Binance’s own blockchain research institute in China.

Tapscott continued to actively participate in the industry in 2020, writing and contributing to several blockchain-focused articles and books. In January, Tapscott released his long-awaited book Financial Services Revolution: How Blockchain Is Transforming Money, Markets, and Banking. Edited and co-authored by Tapscott, the book makes some bold predictions on how blockchain-based applications could enable more than 1 billion additional people to participate in the global economy.

In October, Tapscott told Cointelegraph that the blockchain revolution has already started, as many successful blockchain use cases are already gaining momentum. For example, Tapscott pointed out the rise of stablecoins, noting that this type of cryptocurrency has already had a significant impact on remittances and cross-border transactions.

In 2021, Cointelegraph expects that Tapscott will continue to drive the mainstream adoption of crypto by keeping up his efforts to raise global awareness of emerging technologies and their potential impacts on the world. As adoption grows, Cointelegraph expects BRI to attract more big partners in 2021. Its existing members include global corporations such as Microsoft, Coca-Cola, IBM, Nasdaq and Standard Bank.