Co-founder and CEO of Brave 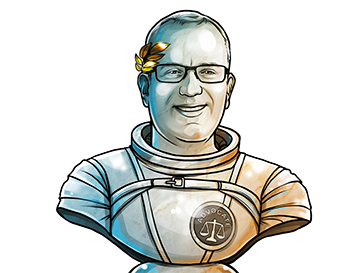 “With the continuing rise of the privacy-by-default wave, we expect to see greater demand for end-user privacy products in 2021. We expect even greater demand for efficient and transparent BAT-based advertising and creator support methods that counter the ‘surveillance economy.’”

Brendan Eich’s illustrious career has spanned more than three decades, during which he has been associated with a number of digital offerings that most people knowingly, or unknowingly, make use of on a daily basis. He started out working for high-end hardware and software manufacturer Silicon Graphics as a systems engineer, after which he wrote microkernel and digital signal processor code for MicroUnity.

Eich was subsequently hired by Netscape in April 1995, and during his stint there, he developed the programming language JavaScript, which alongside HTML and CSS serves as the core framework for the internet as we know it today.

By 1998, he decided it was time to go solo, and as a result, he co-founded the free, open-source software project Mozilla, serving as its chief digital architect up until 2005, after which he became the chief technology officer — and eventually CEO — of the newly founded Mozilla Corporation.

After his fruitful spell at Mozilla, a time during which he turned the company into a force to be reckoned with, he resigned and founded Brave, a privacy-oriented web browser for which he was able to raise a sizable $2.5 million via various funding efforts. By January 2016, the company had released developer versions of its platform, which gained a lot of traction due to its ability to block ads and trackers. Not only that, but Eich also co-created Basic Attention Token, a cryptocurrency made exclusively for Brave that rewards users for viewing ads. The currency’s initial coin offering in May 2017 raised a whopping $35 million.

Despite the challenges put forth by 2020 as a whole, Eich helped Brave grow from strength to strength over the year, with the browser’s monthly active user base doubling from 10 million to over 22 million. Furthermore, as a testament to the browser’s ever-growing popularity, Eich and his team were able to deploy 2,000 private ad campaigns in nearly 200 countries.

Earlier in the year, Brave, whose offerings are firmly steeped in the ethos of individual privacy and security, filed a formal complaint against Google’s lead GDPR regulator in Europe, the Irish Data Protection Commission, challenging the multinational’s dubious data-collection and info-sharing policies. In its complaint, Brave’s legal team alleged that over the years, Google has facilitated the creation of a “free-for-all” data warehouse that it has routinely abused in quite a blatant manner.

In March, the Brave team announced that it is currently in the process of devising an all-new technology, referred to as a “random browser fingerprint generator,” which once live will enable users to take their privacy to the next level. This is because the security module affords individuals the ability to make each of their web browsing sessions absolutely unique, making it virtually impossible for third parties to track one’s web movements.

With an increasing number of people starting to recognize the various privacy-based value propositions being put forth by blockchain and crypto-enabled platforms, it stands to reason that more and more people will look to adopt forward-looking products such as Eich’s Brave browser in the coming year. To put things into perspective, during 2020, a number of major players including Microsoft, Google, LG, Cisco and UbiSoft, among many others, were on the receiving end of major data leaks. In this regard, over the course of the year, a staggering 36 billion records were leaked into the public domain by hackers.

Also, if Brave’s aforementioned user growth is anything to go by, 2021 will be a good year for the browser as well as privacy apps in general. Not only that, with Brave rolling out a whole host of new features at the end of 2020 — such as Brave Today, the company’s answer to Google News — it would not be surprising to an increasing number of people continuing to migrate to the browser.