Co-founder and CEO of Oasis Labs 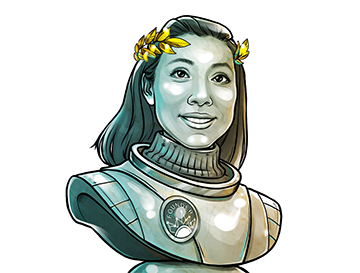 “I strongly believe that building a responsible data economy is critical for our society, and this requires a community effort.”

Dawn Song is a serial entrepreneur and prominent computer science scholar. In addition to being the co-founder and CEO of blockchain-based cloud computing developer Oasis Labs, Song is a professor in the department of electrical engineering and computer sciences at the University of California at Berkeley, where she received her Ph.D.

At UC Berkeley, Song’s research interests are focused on deep learning, security and blockchain, in addition to computer security, privacy and applied cryptography. She is also part of the Berkeley Artificial Intelligence Research Lab, the Berkeley Center for Human-Compatible AI, and the Berkeley DeepDrive.

The recipient of multiple awards, including the MacArthur Fellowship, the MIT Technology Review TR-35 Award and the Faculty Research Award from IBM, Song is ranked as the most-cited scholar in computer security.

In 2020, Song’s Oasis Labs made some significant achievements. Ahead of its mainnet launch in November, Oasis Labs partnered with Binance, the world’s largest cryptocurrency exchange, to launch the CryptoSafe Alliance. Within the partnership, Oasis Labs’ confidential smart contracts helped to build the decentralized CryptoSafe platform, which lets crypto exchanges share threat intelligence data.

In December, Oasis Labs announced that it was collaborating with BMW Group on a “differential privacy” approach to accessing personal data that would place restrictions on how and what information is obtained.

Song is a sought-after speaker who has appeared at numerous events in tech and blockchain. She was an opening speaker at the Women in Tech Symposium and discussed the new “responsible data economy” with other industry leaders at Unitize in July.

In 2021, Cointelegraph expects Song to continue being a committed advocate for data privacy by leading the conversation about the developing responsible-data community. She will continue to be at the forefront of new ways of thinking about data, such as data as labor, basic living wage compensation for data and public data banks.

Song will continue teaching into the spring, but as the coronavirus has complicated operations at many universities across the globe, her courses will be conducted online. She is also part of the steering committee for the Fourth Conference on Machine Learning and Systems, due to take place in early April, which “targets research at the intersection of machine learning and systems.”