Chairman of the U.S. Securities and Exchange Commission 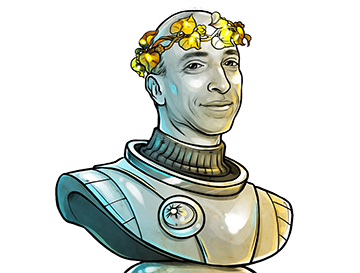 “If we really think the crypto world is going to be part of the future, it needs to come inside a public policy envelope.”

Gary Gensler got his start in finance working for Goldman Sachs in the late 1970s. He left to work at the Treasury Department during the administration of Bill Clinton. From 2009 to 2014, Gensler was the chairman of the Commodity Futures Trading Commission, which is in many ways the younger sibling of the Securities and Exchange Commission.

Gensler’s return to government is part of a broad push from the administration of Joe Biden to bring back many of the biggest figures from the Barack Obama years. It is also big news for crypto, as Gensler is the most blockchain-informed chairman that the SEC will have ever had. He has spent much of the past four years teaching courses on blockchain and money at the Massachusetts Institute of Technology and has broadly espoused a fairly moderate view on regulating the industry. While his time at the CFTC left him with a somewhat hawkish reputation for aggressive regulation, he was part of cleaning up a financial system that had clearly gone very wrong in 2008.

For most of the administration of Donald Trump and up until Dec. 23, Jay Clayton led the SEC. Just months into Clayton’s term, the commission put out its report on The DAO in response to the infamous meltdown of the decentralized autonomous collective that resulted in the Ethereum–Ethereum Classic hard fork. The report on The DAO was the SEC’s warning shot that it would consider certain crypto offerings as securities, thus rendering the issuers liable if they failed to register as such. It put the SEC as a whole, and Clayton in particular, at the front lines of crypto regulation, whereas before, the commission had only gone after operators in crypto for actual fraud. In 2020, the SEC stepped its game up and went after some of the biggest initial coin offerings in history, including Telegram, Tezos and, just in time for Christmas, XRP.

Aside from its major activity in prosecuting ICO issuers, the SEC spent the latter months of 2020 laying the groundwork for some well-needed crypto clarity. Its Strategic Hub for Innovation and Financial Technology, or FinHub, got an upgrade, security token broker-dealers saw five-year protection against enforcement action and the commission gave the go-ahead to VCoin — only the third blockchain-backed token to receive a no-action letter from the commission. And all of this happened just as Clayton was on his way out the door.

Two days before Biden’s inauguration, the transition team confirmed that Gary Gensler would be its choice to succeed Clayton on a permanent rather than acting basis at the SEC. That nomination will need to be formalized and pass the Senate, but with a narrow Democratic majority and general esteem for Gensler prevailing, there’s no reason to anticipate that he won’t get the gig. And while he was known as a fierce enforcer, his attitudes toward crypto show a lot of respect for its role in the decentralization of authority.