Founder of ConsenSys and co-founder of Ethereum 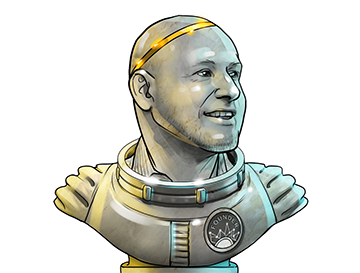 “As the development and unfolding of new and better systems accelerates, we look forward to Ethereum technology to enable a very broad swath of the population to have far greater economic and political agency than was possible under the infrastructure and systems pre 2020.”

One of the key figures in the history of cryptocurrency, Joseph Lubin was born and raised in Toronto and educated at Princeton University. He spent the 1990s and 2000s developing software for Goldman Sachs and established his own hedge fund. Alarmed by growing global debt in the lead up to the global financial crisis, he became infatuated with Bitcoin in 2011 and teamed up with young math genius Vitalik Buterin in 2014 after reading the Ethereum white paper. Lubin was instrumental in helping to launch Ethereum and was also a co-founder of the Ethereum Foundation and chief operating officer of Ethereum Switzerland. In 2015, he established the decentralized Ethereum development studio ConsenSys to help build a commercial ecosystem around the platform.

In 2020, Lubin oversaw the evolution of ConsenSys into an integrated software company composed of MetaMask, Infura, Codefi, Quorum, Truffle and Diligence. Despite having to downsize the ConsenSys workforce in the first half of the year, the products themselves grew enormously. Much of the year was spent negotiating partnerships and acquisitions — including with JPMorgan Chase to acquire Quorum, an enterprise variant of Ethereum, as well as blockchain developer tool Truffle. MetaMask launched a mobile wallet and token swaps, and the company spun off its health division, ConsenSys Health, into a separate company in February. There are now more than 1 million monthly active users on MetaMask and 200 projects building on Quorum, while Ethereum development suite Infura hit an all-time high of 2,392,275,546 Ethereum calls in a single day in 2020.

Lubin is excited and optimistic for Ethereum 2.0, which he predicts will come online faster than many expect. He has foreshadowed new partnerships with major payment providers, anticipating that banks will utilize ConsenSys’ digital payments architecture — which can handle nearly 20,000 transactions per second. The year will see the commercial launch of an institutional version of Metamask, which is designed to enable trading firms and crypto custodians to participate in the DeFi boom. ConsenSys will play a major role in developing central bank digital currencies alongside half a dozen central banks around the world, including the Hong Kong Monetary Authority, the Bank of Thailand and the Reserve Bank of Australia.