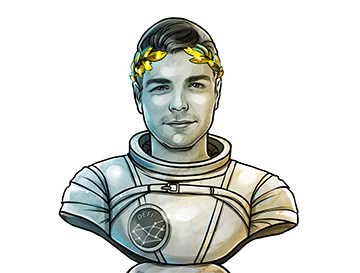 “Look, I get it, you can trade XRP and make money, congratulations. I’m sure there is also money to be made in like liquefying orphans as fuel for street lamps or something, but you have to have a line you are not willing to cross.”

Dubbed the “father of modern agriculture” — a sly reference to yield farming, for those who are rereading that moniker — Australian-native Kain Warwick launched Havven, a stablecoin project through an initial coin offering back in February 2018. Havven later rebranded itself to Synthetix, quickly rising to occupy a prominent position in the decentralized finance market. Before creating Synthetix, Warwick also founded Blueshyft, a cash payment gateway for online services, based in Australia.

After being one of the few successful 2017-era initial coin offerings to survive the 2018–2019 altcoin bear market, Warwick stepped down as Synthetix’s “benevolent dictator” as the project transitioned to a decentralized autonomous organization governance structure on Oct. 29. Together with the founding team and other community members, Warwick was able to grow Synthetix to become one of DeFi’s “blue chip” projects. Synthetix was one of only five DeFi unicorns, with over $1.2 billion in the total value of Ether locked in the project. The SNX token also scored massive gains during the year, increasing sixfold and reaching a new all-time high in December.

Warwick has identified the first three months of 2021 as being an important period for the project. According to the Synthetix founder, much-talked-about features like “synthetic shares” for U.S. stocks such as Apple and Tesla should happen before the end of the first quarter of 2021. Warwick has also led efforts to deploy and test a layer-two version of the Synthetix platform, as well as a complete overhaul of the protocol’s escrow contracts as part of the Synthetix v3 migration event.