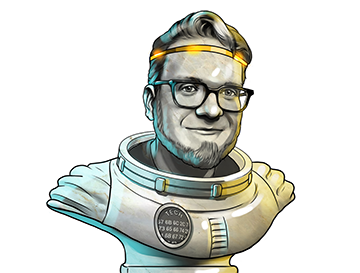 “This is the spirit that is born out of the crypto space. We’re interested in the welfare of the many over the profit of the few. I think that’s sort of an ethic that we all find very easy to believe in.”

Matt Kane is a leader in a new wave of art: masterpieces that involve technical programming on the back end and can be built as nonfungible tokens, or NFTs. This type of art can transform based on an array of factors, such as time or asset prices. “Right Place & Right Time,” one of Kane’s pieces, looks different at any given moment based on the value of Bitcoin.

“I build paintings layer by layer, making design choices through how the algorithms I’ve written should interact,” Kane writes in his bio. Hailing from Chicago, the artist explains that he forged his talents through years of traditional painting. He also spent some time in the computer coding world.

“I communicate in color and pattern in ways I long understood but which are too complex or time consuming for my hand and materials to manifest physically with traditional methods,” he says. “I’m interested in exploring historical aesthetics with code; to do with geometry what the great painters did with oils.”

Kane burst into the spotlight of the crypto scene in 2020 when he used the Async Art platform to put “Right Place & Right Time” on the blockchain. In September, someone paid a record $100,000 for the NFT master version of the art piece. Down the road, 210 separate NFTs will subsequently spawn from the master copy, formed according to art changes in line with Bitcoin’s price fluctuations.

Kane has produced many other minted NFTs, including one from August titled “Nocturne Blue and Gold After Whistler.” He also minted a number of others throughout the year, including “Excessive Force (Cat Devouring a Bird after Pablo Picasso)” in July and “First” in June.

NFTs gained popularity in 2020, following in the footsteps of the decentralized finance boom. December 2020 was a record-breaking month for NFT art sales, a sign that the industry is slowly creeping into the mainstream.

Kane explained that he launched the smart contract for Volatility.art (where you can track “Right Place & Right Time”) on Jan. 3, Bitcoin's birthday, and that he will begin releasing the 210 NFTs that go with the piece for public sale in February.

Volatility.art is the first smart contract on Blank Network.

“I'm very excited for 2021 because this new platform shares my vision for decentralization and seeks to elevate the art above marketplace noise,” explains Kane. “I predict more artists will make various series of work distinct by minting under a unique contract for each series. The barrier to doing this has been dropping across the space.”

Kane promises that as the limits of what is possible sync up with his own creative vision, he’ll also be making further use of the synergies he sees between art and technology.