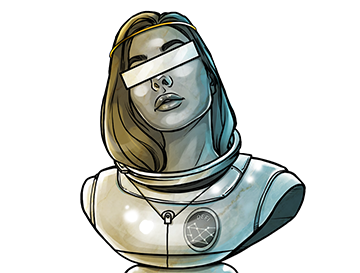 “My birthday is January 29, 2020, because it’s the day when I’ve made my first tweet about Hegic: ‘I’ve been working on something that I call Hegic. I hope to reveal my creature ASAP.’”

The first tweet from Molly Wintermute, a pseudonymous DeFi developer and Twitter personality, appeared on January 28, 2020. Molly Wintermute said: “Verifying myself: I am mollywintermute on http://Keybase.io.” The next day a cryptic message saying “1v3 b33n w0rk1ng 0n smthng th4t AI c4ll /Hegic/. AI h0p3 t0 r3v34l my cr34ture 4s4p. #Hegic” was released. Shortly after this peculiar introduction came the launch of Hegic, an on-chain peer-to-pool options trading protocol built on the Ethereum blockchain. Recently, the focus of Molly Wintermute’s tweets have been related to developments and upgrades to the Hegic platform as well as statistics highlighting daily volume records on the derivatives trading platform.

Molly Wintermute and Hegic were able to weather a series of challenges that would have stopped many other projects in their tracks. Shortly after Hegic was released on April 23, a bug in the code was found, and $48,000 worth of user funds was permanently locked in the project’s smart contracts.

Fortunately, Molly Wintermute had developed a loyal community, and with the support of early contributors, a new smart contract was released in May and all users were reimbursed for any funds that were lost due to the bug. The audit for the new contract came back a month later, after which Hegic continued to add new features, and its total value locked increased to over $80 million by the end of the year, setting a record daily trading volume of $8.2 million in November.

2021 looks to be the year where Hegic continues to expand its user base and establish itself as a premier decentralized options trading platform. At the start of the year, the Financial Times wrote a front-page story on Hegic as the exchange set a new daily trading volume record of $13.8 million.

As for what’s in store for Hegic in 2021, Molly Wintermute recently released a one-pager titled “Whiteheart: Hedge Contracts as a New Financial Primitive for Automated On-chain Hedging of Crypto and Stocks” introducing her new project, Whiteheart.

According to the announcement, Whiteheart is a “system of Ethereum smart contracts that can automatically conduct the process of hedging users' holdings' market value” by automatically buying “an at-the-money (ATM) put option contract on the user's behalf each time the user acquires an asset on a decentralized exchange (DEX).”