Creator of the Bitcoin Stock-to-Flow model 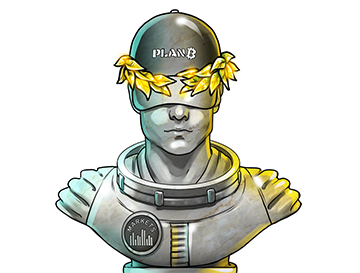 “#Bitcoin price is tracking Stock-to-Flow model like clockwork. If BTC does follow its historical path, we will take out gold in 2021-2024, and real estate 2024-2028. After real estate we can not interpolate anymore and have to extrapolate, uncharted waters, hyperbitcoinization?”

Little is known about PlanB, one of the most revered analysts in the cryptocurrency space. Sheltering under a pseudonym he has used everywhere from social media to video interviews, the quantitative analyst has spent several years examining and forecasting Bitcoin price action. Hailing from the Netherlands, he came to Bitcoin with a background in law and quantitative finance. In addition to his now world-renowned Stock-to-Flow Bitcoin price models, PlanB also works as an investment manager, adding that he is part of the team that handles a balance sheet worth billions of dollars.

2020 was the year that PlanB arguably saw his biggest test yet. Having stuck by his Stock-to-Flow family of Bitcoin price models, 2020 saw rare criticism heat up after Bitcoin fell to $3,600. A glance at Twitter would reveal him vigorously defending Stock-to-Flow and its price targets, as many began to argue that Bitcoin would not be able to keep up with its demands. This ultimately proved to be untrue, as Bitcoin finished 2020 almost exactly where it “should” be regarding Stock-to-Flow. PlanB also released different iterations of the indicator this year, incorporating other assets such as gold.

2021 looks like it will be an exciting year for the enigmatic analyst. In terms of public activity, however, it could be his last. As 2020 came to a close and with Bitcoin accelerating, he confirmed that he planned to “go dark” and disappear from the public arena once the price reached high enough levels. In May 2020, PlanB suggested that the cut-off point for this to happen would be once BTC hits six figures. By that point, he argued, the U.S. dollar will be under threat and a war will ensue to claim the quickly diminishing available supply of Bitcoin. Until then, though, we can likely expect plenty more Stock-to-Flow updates and, as in previous years, we can marvel at the model’s precision.