Founder of MakerDAO and CEO of the Maker Foundation 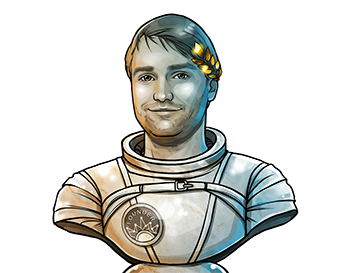 “CeFi and DeFi will actually merge over time. What's currently known as CeFi will become the front end and sort of the access points to the various DeFi protocols. [...] Maybe you will even have a custodian that you trust, and then that custodian interacts with the DeFi protocols for you.”

Rune Christensen is the founder of MakerDAO and CEO of the Maker Foundation, both key elements in the ecosystem of decentralized finance protocol Maker. Before diving into the world of crypto, he founded a business that recruited Westerners to teach English in China, which he continued to manage while studying at the University of Copenhagen and Copenhagen Business School. After discovering Bitcoin in 2011, he eventually sold the business to invest in the asset. But when Mt. Gox was hacked and collapsed in 2014, Christensen became interested in the idea of stablecoins.

In 2015, Christensen launched MakerDAO as a way to provide everyone in the world with the ability to participate in a better, more transparent financial system. Since then, Maker has grown from one of the first-ever protocols on Ethereum to become one of its largest.

Christensen had a rocky start to 2020, as Maker suffered huge losses following March’s “Black Thursday” market crash in which the price of Ether — at the time the primary asset functioning as collateral for Maker’s Dai stablecoin — declined significantly, resulting in millions of dollars worth of liquidations. MakerDAO subsequently relaunched Dai as a multicollatoral stablecoin and carried out debt auctions to recapitalize.

In April, the Maker Foundation announced it would dissolve, gradually handing complete control over to MakerDAO and the Maker community over the next few years. Christensen, for his part, said that he welcomes the day in which he is no longer needed.

As the “summer of DeFi” began to heat up, Maker rapidly recovered from its March losses and made history in July as the first-ever DeFi protocol to reach $1 billion in total value locked. Meanwhile, Dai also saw massive growth. In the third quarter alone, its total supply increased by 623%. In fact, there was so much Dai being minted and locked into yield farming protocols that it at times had difficulty maintaining its one-to-one peg with the U.S. dollar.

With the total value locked in DeFi continuing to reach new all-time highs at the beginning of 2021, Maker remains at the front of the pack. But as adoption increases and DeFi becomes more mainstream, Christensen may see the dominance of the platform he founded challenged. While Maker will see the benefits of such growth, new platforms will also emerge, and existing ones will innovate. But given that Dai continues to be locked up to provide liquidity for lending protocols, combined with increasing mainstream adoption of stablecoins, this just may give it the edge it needs.

However, as the Maker protocol continues to decentralize throughout 2021, the role and individual influence of Christensen himself within the ecosystem will gradually decrease, which may see him shift his focus to other new, exciting projects.