Founder and CEO of Messari 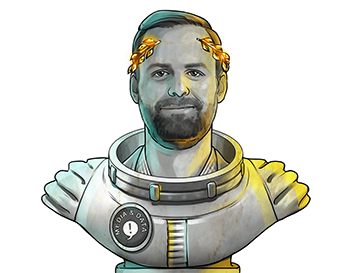 “In 7.5 years in crypto, I can tell you the only core competency that matters is surviving. Cockroaches will get rich. That’s it.”

Ryan Selkis first got his professional start in traditional finance, serving as an investment banking analyst at JPMorgan Chase and venture capital associate at Summit Partners. He then founded Good Benefits, a startup that managed workplace charitable giving programs. In 2013, Selkis started crypto-centric blog “TBI's Daily Bit,” and the following year, he broke the story that crypto exchange Mt. Gox had been the victim of a massive, unprecedented hack.

Selkis later joined Digital Currency Group as director of investments, overseeing the company’s acquisition of CoinDesk in 2016. Afterward, he served as managing director of the publication. He founded analytics and research company Messari in 2018, serving as its CEO.

In 2020 as in the year prior, Selkis was one of the most outspoken individuals in the cryptocurrency space. He was one of the first in the industry to speak out on the potential effects of the coronavirus pandemic, and he alleged that he was “shadow-banned” by Twitter as a result. In his end-of-the-year report with Messari, he stated that the United States government was the “final boss” in the way of Bitcoin mass adoption, along with calling XRP “toxic waste” and Litecoin and Stellar’s Lumen token “piles of shit” — claims that resulted in exchange Bitwise apologizing for sharing the report.

Meanwhile, Messari was omnipresent in the crypto media space, providing data, analysis and predictions that were the basis of numerous news reports. The firm was one of the first major crypto companies to announce that it would move to a fully remote working structure in response to the coronavirus pandemic. In May, Messari revamped and added 10 additional exchanges to its “real volume” metric, which seeks to eliminate wash trading from exchange rankings.

Selkis has been a major figure in crypto media since he launched TBI’s Daily Bit and broke the Mt. Gox story, and there is no reason to believe that 2021 will be any different. His pointed, often controversial communication style will keep him in the headlines, and he will certainly find new crypto projects to directly call out as flawed — with less-than-flowery language, however. Keeping up with his tendency to react quickly to brewing crises, he will likely be one of the first to respond to any major events that shape the space in 2021.

Cointelegraph expects Messari to remain a major player as well, continuing to make ambitious predictions about the future of the industry and acting as a resource to dozens of major crypto companies. 2021 will test the company’s predictions it has made about the year, such as that institutions will buy Ether next and that Tether could fall into serious crisis. While it remains to be seen if the firm is right about its predictions, if they do prove to be correct, this would provide a major boost to Messari and its reputation as crypto’s Magic 8-Ball.