Co-founder and CEO of SmartContract, Co-founder of Chainlink 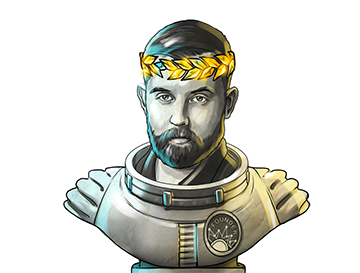 “Once you achieve a certain level of security and combine that with a certain degree of usability, you see an explosion in what people do in our industry.”

Sergey Nazarov joined the crypto space in 2011, later becoming the co-founder and CEO of SmartContract in addition to founding the tokenized oracle network Chainlink. Nazarov, only in his early thirties, is the son of Russian immigrants who moved to New York in the early 1990s. He is currently based in San Francisco.

Nazarov first launched the SmartContract platform in 2014 as a way for users to build trustless, programmable agreements, and in 2016, he first revealed his oracle solution. At the time, Nazarov said that “Easily connecting smart contracts to the data sources, internal services and bank payment methods desired by users is the next step in making them truly useful for real world use cases.” In an attempt to solve the so-called “oracle problem” faced by centralized oracle networks, SmartContract announced the decentralized Chainlink network in 2017, which went live on the Ethereum mainnet in mid-2019.

Chainlink set many standards across the crypto space in 2020 as the growth of decentralized finance intensified. The project’s LINK token experienced a significant rise in 2020, starting the year at a price of less than $2 and reaching an all-time high of $18.97 in August. This nearly met early Chainlink investor Michael Anderson’s April expectations that the price of the token would reach $25.

2020 also saw the inclusion of Chainlink’s verifiable randomness function on the Ethereum mainnet and the project’s oracles integrated on Bitcoin sidechain RSK and Polkadot. The firm made several partnership announcements over the course of the year, including integrating with smart contract protocol Plasm and later acquiring privacy-preserving oracle protocol Deco from Cornell University. In June, the World Economic Forum named Chainlink as one of its Technology Pioneers for 2020.

Despite Nazarov’s seemingly low-key presence on social media, the Chainlink CEO saw his position as a major crypto player strengthened in 2020. He spoke on externally connected smart contracts at the ReadyLayerOne, Consensus and Ethereal Summit conferences in May and at The Initiative for CryptoCurrencies and Contracts’ boot camp in August.

Nazarov has implied that he’s optimistic for the mainstream adoption of DeFi, which surged in 2020. In 2021, we may see Chainlink announce additional integrations as the technology develops and its user base grows. In addition, if the platform does indeed grow, so too will its LINK token, which already has a core group of hardcore supporters known as the “LINK Marines.”