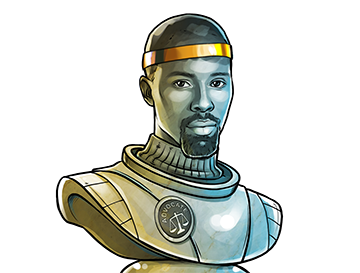 “A lot of people ask me why I decided to put my contract on blockchain, on Ethereum. Really, in a lot of ways, it was to future-proof. It was about what was coming more so than what I was doing in the moment.”

Dinwiddie first heard about crypto from a friend in 2014 but passed on the opportunity to invest in Bitcoin, thinking it was too risky. He finally hopped on the Bitcoin bandwagon in 2017, soon investing in altcoins as well. He has become highly active in the crypto and blockchain space, describing himself as a “tech guy with a jumper.”

Dinwiddie made headlines in the fall of 2019 when he announced that he would tokenize his $34 million NBA contract extension. Despite receiving initial backlash from the NBA, he successfully tokenized the contract on the Ethereum blockchain in January with the help of digital securities company Securitize, ultimately selling $1.35 million worth of shares.

In March, Dinwiddie partnered with crypto lending platform Cred to promote the service, which offered users up to a 10% annual interest rate on stablecoin holdings. In late 2020, he announced he would be launching Calaxy, a blockchain-based mobile app for influencers and content creators. The platform will partner with blockchain infrastructure service provider Bison Trails to power validation nodes and enable staking on the Polkadot and Flow blockchain networks.

Judging by his 2020, Dinwiddie remains committed to bridging the gap between the world of sports and pop culture and that of cryptocurrency and blockchain. With his Calaxy project gearing up for launch, Cointelegraph expects Dinwiddie to remain active and in the headlines during 2021 and to keep building relationships with major industry players. His previous decision to tokenize his NBA contract, combined with his new social app, will serve as an inspiration to other crypto-curious athletes and entertainers to consider new approaches to incorporating this innovative tech into their fan engagement.