Founder and CEO of Aave 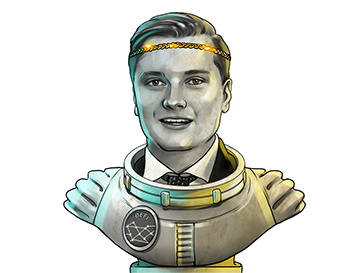 “DeFi hasn't seen its climax yet. Everything you have seen or interacted with is just the beginning.”

Stani Kulechov is a long-time programmer, first learning to do so as a teenager. He was interested in finance and became involved in fintech communities while studying law at the University of Helsinki. It was there he first discovered Ethereum and the concept of smart contracts, which got him excited about the possibility of blockchain technology to create a decentralized financial ecosystem and to make financial products more efficient.

In 2017, Kulechov launched ETHLend, an Ethereum-based peer-to-peer lending and borrowing platform, as one of the first decentralized finance platforms. The next year, the project rebranded to Aave and expanded its focus beyond just Ethereum and lending.

Kulechov officially launched the Aave protocol on the Ethereum mainnet in January, with one of its key features being flash loans that allow for borrowing without collateral. The platform saw huge growth throughout the year, becoming only the second DeFi protocol to reach $1 billion in total value locked. The protocol’s native token, LEND — later swapped for AAVE — also saw explosive growth in 2020, becoming one of the most talked-about DeFi tokens of the year.

In August, Aave received an Electronic Money Institution license from the United Kingdom’s Financial Conduct Authority, which Kulechov said will allow the company to pilot services for U.K. citizens. The company also received investment throughout the year from firms such as Framework Ventures and Three Arrows Capital. In December, Kulechov announced that the second version of the Aave protocol was live, which allows users to still trade assets locked up as collateral.

With DeFi not going anywhere and Aave continuing to roll out updates, Kulechov will remain busy throughout 2021. After receiving approval for official U.K. operations, Kulechov stated Aave intends to eventually expand throughout Europe and the rest of the globe. Given that Aave seems to be embracing regulation rather than shying away from it, this may provide Kulechov with a front-and-center leadership role within the mainstreamization of DeFi and its integration into the existing financial system.

Aave, along with other DeFi platforms, will no doubt continue to see new users come to the protocol, and its total value locked might even break new records. If its version-two and other further upgrades prove to be successful in increasing adoption, it could see explosive growth beyond what even most imagine.