Co-founder and CEO of Aztec 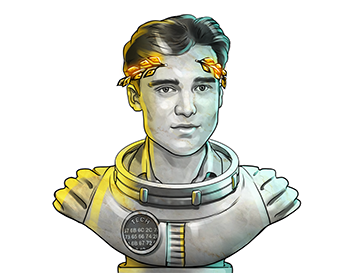 “There’s no question that privacy becomes important and is something that the average, everyday person becomes extremely exercised about as soon as they feel that they are starting to use Web 3 for things that tell a story about them.”
Epicenter

Thomas Walton-Pocock is the founder and CEO of Aztec, a privacy and scalability solution native to Ethereum.

Born in the United Kingdom, Walton-Pocock studied mathematics at Cambridge University. He worked in investment banking and private-debt management at Park Square Capital.

In late 2017, he jumped into entrepreneurship and blockchain technology by founding Aztec with Zac Williamson, its chief technology officer.

His decision to launch Aztec came from the realization that public blockchains need a privacy layer for serious business activity, an epiphany inspired by his institutional experience.

Under Walton-Pocock’s leadership, Aztec broke out into the scene in 2020. Its first mainnet release occurred early in the year, allowing private token transfers on the Ethereum blockchain for the first time.

Though it was a great achievement on its own, Walton-Pocock and Aztec were just getting started. The CEO positioned Aztec to advance the basic science of zero-knowledge cryptography, hiring researchers and scientists who made important discoveries in the field. Powered by a breakthrough in zero-knowledge cryptography called Plonk, the team released a custom rollup that expanded private token transaction capabilities even further by adding scalability into the mix. Furthermore, the team began the deployment of private smart contracts, the first step toward making Aztec’s full vision a reality.

Private smart contracts vastly expand the capabilities of public blockchains. Business privacy has been one of the main selling points of enterprise blockchains, which have allowed companies to conduct their activities without being tracked by competitors.

Much work remains to be done for smart contract privacy on Ethereum in order to become a full-blown reality. Theoretical advances in zero-knowledge cryptography, coupled with practical adoption efforts and user experience improvements, could bring forth the next generation of decentralized finance and cryptocurrency adoption.

Under Walton-Pocock’s keen leadership, Aztec is set to make new strides in technology and business. The upcoming year could be one of the most successful yet for Aztec, as the skill of the team is amply matched by its ambitious plans.