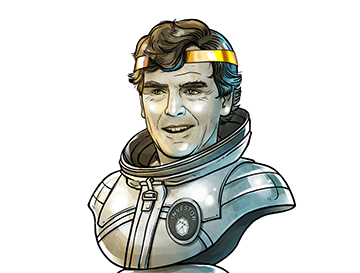 “The DeFi world is almost as technologically advanced as the dollar, and when it is, there will be no one who will want to accept politically manipulable currencies like dollars anymore.”

Timothy Draper is a pioneer of business ventures in the United States and a co-founder of Draper Fisher Jurvetson, a leading investment firm in early-stage tech startups. Currently, Draper is actively investing in cryptocurrency. He is one of the primary investors in the Tezos project, which raised an estimated $232 million in a high-profile token sale. Draper’s attitude toward Bitcoin has become popular due to his positivity and advocacy.

In the spring, Draper confirmed his famous bullish prediction that the price of Bitcoin will hit $250,000 by 2023. In 2020, a tech firm he backs, Unstoppable Domains, launched a blockchain-based browser to provide users with access to the decentralized web and to resist censorship. And his decentralized finance platform, DeFi Money Market, successfully completed its initial decentralized exchange offering.

While Draper’s Twitter account was compromised, with the hacker tweeting support for alleged investments Draper had made, he was able to clear his name and clean up his reputation. Draper’s predictions that people would start turning to Bitcoin in response to anti-crisis measures by global central banks amid the effects of the COVID-19 pandemic on the world’s economies became true, as the end of the year revealed.

Draper will remain one of the most prominent advocates in the whole crypto space, providing bullish predictions for Bitcoin’s future. He will most likely expand investments into emerging tech companies in developing economies and markets in the Asian and African continents and beyond. Considering his rising interest in the DeFi sector in 2020, Cointelegraph expects him to dive deeply into the space. He will also keep promoting blockchain-backed solutions for various industries, including art, finance and healthcare. And with governments around the world becoming more serious about the crypto space, Draper may restrain his harsh criticism regarding government efforts to catch up with emerging tech.