Co-founder and CEO of Gemini 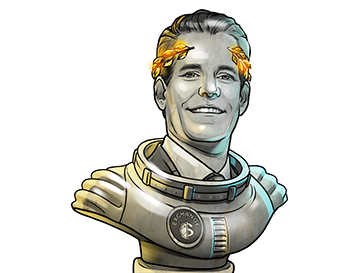 “#Bitcoin is better at being gold than gold — and not just incrementally, but by an order of magnitude or 10X better.”

Tyler Winklevoss was born in Southampton, New York in 1981 and raised in Greenwich, Connecticut. The internet entrepreneur’s path to crypto lore has been unorthodox, to say the least. He and his twin brother, Cameron Winklevoss, attended Harvard University, where they created ConnectU, a social media platform they would later claim was stolen by Facebook founder Mark Zuckerberg. In 2004, the Winklevoss twins sued Zuckerberg, eventually reaching a $65 million settlement. The proceeds were used to invest in Bitcoin.

In 2012, the brothers founded Winklevoss Capital, a venture capital firm that actively invests in early stage startups, before launching their own cryptocurrency exchange, Gemini, in 2014. Today, Gemini is known as one of the industry’s most secure, trusted platforms to buy and sell cryptocurrency. The brothers’ investment success led them all the way to the Forbes “Crypto Rich List” in 2018. Two years later, the Winklevoss twins would go on to become the first high-profile Bitcoin billionaires.

Apart from his professional career, Winklevoss is an accomplished rower, having represented the United States at the 2008 Summer Olympics in Beijing. After graduating from Harvard, he earned his MBA from Oxford University’s Said School of Business.

Winklevoss attracted considerable mainstream media attention in 2020 as Bitcoin broke out toward new all-time highs and more institutional investors entered the market. It was also a year of considerable expansion for Gemini. The firm landed a high-profile partnership with Samsung that allowed smartphone users to link their Samsung blockchain wallets with their Gemini accounts. In August, the exchange added new fiat on-ramps to serve customers in Canada, Australia and Hong Kong.

In October, Gemini consolidated its regulated services in the United Kingdom by partnering with BCB Group, a European crypto-focused payments processor, to provide customers with faster options to transact fiat currency. During the same month, Gemini landed a high-profile hire in Andy Meehan, a former Morgan Stanley executive who now serves as chief compliance officer for the Asia-Pacific region.

Under Winklevoss’ guiding hand as CEO, Gemini’s expansion has already continued in 2021, with the exchange announcing it will soon launch a cashback rewards credit card. Dubbed Gemini Credit Card, the new product will allow users to earn rewards paid in Bitcoin and other cryptocurrencies. In the same announcement, Gemini confirmed that it had acquired Blockrize, a crypto payments startup headed by product developers formerly of JPMorgan Chase and American Express.

The year is shaping up to be a strong one for Gemini as more investors enter the cryptocurrency market. In January, it was reported that Gemini is considering going public, putting it in the company of other major crypto exchanges that are considering or have taken steps toward going public, including Coinbase and Bakkt. Such a move would make the company one of the first major crypto firms to do so and no doubt set a precedent for others to follow.

In the meantime, Winklevoss continues to champion Bitcoin adoption at a time of economic and financial instability and record intervention from global central banks. It remains to be seen whether Winklevoss’ proclamations that “cash is trash” and that Bitcoin will replace gold will ring true in 2021 and beyond.