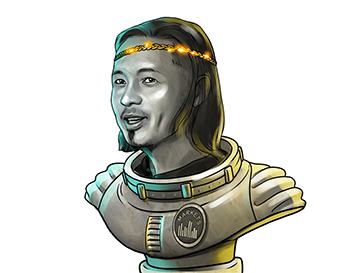 “BTC decouples from everything in long time frames due to it being akin to a startup with 2% global penetration and in its hockey stick of adoption.”

Hailing from the tech startup scene, Willy Woo has become one of the best-known crypto analysts in the space. After buying his first Bitcoin in 2013, the statistician says he “fell down the rabbit hole” the following year while in Bali. Thereafter, a swift rise to the top of Bitcoin metrics saw Woo create Woobull, a data resource that documents Bitcoin’s transformation as an asset using a plethora of in-house indicators, many of which were created by Woo himself. Beyond Woobull, Woo often appears in the media and has a large Twitter following.

2020 was as active a year for Woo, as it was for any analyst engaging with Bitcoin. Given the cryptocurrency’s dive to $3,600 in March and subsequent resurgence to finish the year at close to $30,000, demand for understanding the market was feverish. Woo became popular as a source of price predictions and analysis using indicators from Woobull, as well as for his support of other reliable price commentaries such as those from quantitative analyst PlanB, the creator of the stock-to-flow family of Bitcoin price models.

2021 will see Woobull continue to grow as Bitcoin enters the mainstream for arguably the second time in its lifespan, the first being in 2017. Demand for analysis and guidance shows no sign of abating, and trustworthy analysis will form a key part of the Bitcoin investment movement in 2021. Woo is already involved in that sector of the market, advising a venture capital fund as well as being a partner at Adaptive Capital. He says he intends to keep up the pace when it comes to free, publicly available proprietary Bitcoin research. In terms of predictions for the year, Woo has said that $20,000 will never be seen by Bitcoin again and that by 2022, it will have reached 2.5% of the global population.