Co-founder and core contributor at SushiSwap 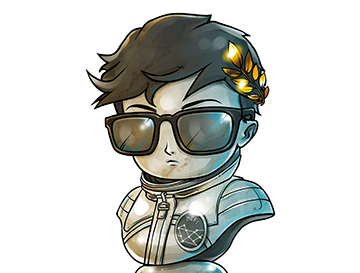 “Truth is, everyone is able to do it. And it only takes 48 hours to make the Twittersphere go crazy. To make the gas rise to madness levels, to pump every single asset in the market, it takes 48 hours. And if you think I’m saying bullshit — we did it.”

0xMaki is a semi-anonymous core contributor and founding member of automated market maker and decentralized finance platform SushiSwap. In interviews, he has said that he’s the former employee of a centralized exchange, and he was one of the very first people to join the SushiSwap Discord channel.

0xMaki played a key role in the early marketing for SushiSwap and became the de facto figurehead for the project following anonymous founder Chef Nomi’s exit.

Nonetheless, he insists that he doesn't like titles. He describes himself as “a nobody that wants a decentralized, bankless future for everyone.”

0xMaki is part of a new generation of DeFi founders who rose to prominence in 2020 — a crop of builders who are so devoted to the communities they cultivate and the protocols they work for that they actively reject the “founder” label despite its technical truth. In 0xMaki’s case, he was one of the first core contributors and holders of the admin keys for SushiSwap.

0xMaki joined early enough into SushiSwap’s development that he was one of the first nine members of the Discord. His first contributions centered on the community: welcoming new members with an elaborate marketing gimmick in which he played a waiter.

From there, 0xMaki and SushiSwap rose to prominence in tandem; SushiSwap managed to leech hundreds of millions of dollars in liquidity from Uniswap in its vampire attack, and 0xMaki became a “general manager” for the project.

The quick ascent is part of what led SushiSwap to its first great test. In an interview with the Wizard of Dapps podcast, 0xMaki revealed he was actually hosting a community “ask me anything” session when he heard that SushiSwap founder Chef Nomi took $13 million in tokens from a development fund.

It led to one of the most remarkable months in crypto history: 0xMaki solicited FTX CEO Sam Bankman-Fried to become the new administrator to oversee SushiSwap’s migration from Uniswap, assisted in negotiating a return of the tokens from Chef Nomi, and was elected one of the multisignature holders governing the admin keys.

0xMaki’s only continued to display leadership throughout the rest of the year. After the Chef Nomi debacle, 0xMaki led SushiSwap through a largely mitigated midnight hack, a “merger” with Yearn.finance and a second successful overtaking of Uniswap in total value locked.

While he’s quick to turn attention to the wider team, 0xMaki must be credited for much of the success of the protocol — success born from his early, enduring vision.

Part of what first drew 0xMaki to SushiSwap was what he called “the inaction of Uniswap. The fact that I’ve been a Uniswap user [...] since a very long time, and I felt that there was never any innovation in it.” To that end, Cointelegraph expects him to be busy throughout 2021, pushing a range of new upgrades to the SushiSwap protocol.

Two obvious upgrades are BentoBox, a forthcoming lending solution designed to compete with Compound and Aave, and fully decentralized governance via a decentralized autonomous organization. In both of these cases, 0xMaki remains focused on the core mission of expanding and incentivizing an ever-larger community.

“I want to keep incentivizing people to productivize their assets,” 0xMaki told Cointelegraph. “Make them join a DAO. Reward more devs so they can build what they love. Introduce more people to DeFi and new financial primitives. Showcase prominently new dApps on Sushi. Everyone will be a winner in 2021.”

“We are degens, trying to make things better for everyone. LPs were always my priority, partnerships with up and coming projects we can highlight to our broader community and more.”