Chairman and CEO of Fidelity Investments 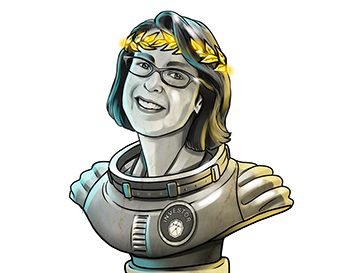 "If you had asked me at the beginning if we, or anybody, was going to be prioritizing custody of Bitcoin, I would have said, ‘No way. I mean, that's kind of the opposite of what it's all about.’ But the reality is that you do need it because if you're an individual who engages an adviser and you want to make an estate plan, you actually need somebody to custody your Bitcoin."
Barron's

Abigail Johnson is one of the wealthiest, most powerful women in the United States. She is an American billionaire business executive who is currently the chairman and CEO of Fidelity Investments, which was founded by her grandfather Edward C. Johnson II, who was succeeded by her father, Edward C. Johnson III. Despite being a family-owned business, Johnson worked her way up, joining Fidelity as an equity analyst in 1988 after completing an MBA degree at Harvard Business School and later being named CEO in 2014 and chairman in 2016. She currently owns an estimated 24.5% stake in the firm and has an estimated net worth of $15 billion.

Johnson is the first and only woman to serve on the board of the Financial Services Forum. She led Fidelity toward the cryptocurrency and blockchain domain by establishing Fidelity Digital Assets in 2018, one of the frontrunners providing custodial, research and trade execution services to institutional investors for their digital assets. Back in 2017, she stated that Fidelity had also set up a small mining operation within the firm, which was initially started for education purposes but had grown to contribute to the firm’s revenue.

Fidelity Digital Assets has established itself as one of the major players in the cryptocurrency community and serves as a benchmark to identify traditional institutional interest in the industry. In August, it launched a Bitcoin fund, Wise Origin Bitcoin Index Fund I, through a new business unit called Fidelity Digital Funds to cater to wealthy qualified investors, with a minimum investment of $100,000. Fidelity is also pilot-testing a cryptocurrency data and analytics platform known as Sherlock Analytics that is targeted toward institutional investors — it is currently in limited beta testing with a small group of early adopters.

In March — alongside Coinbase, Castle Island Ventures and others — Fidelity took part in a Series A funding round led by Highland Capital for blockchain data analytics firm Coin Metrics. In October, Fidelity Digital Assets announced a partnership with Singapore-based Stack Funds to provide its secure custody services to meet the increasing demand for cryptocurrencies from Asian investors. Later, in December, Fidelity Digital Assets partnered with crypto lending service BlockFi to provide its users with cash loans using Bitcoin as collateral.

Although Johnson usually avoids the media spotlight, she gave a rare interview to Barron's Magazine in December where she focused on managing disruption with innovation and why Bitcoin matters. She was featured on several Forbes lists in 2020, including being ranked ninth on the “World’s 100 Most Powerful Women,” 34th on the “Forbes 400,” and 124th on the “World’s Billionaires.”

Fidelity Investments is one of the largest asset managers in the world, with $3.5 trillion in assets under management as of September 2020 and a combined total customer asset value of $8.8 trillion. With an increased focus on cryptocurrencies through Fidelity Digital Assets, Johnson will continue to cement her position as a business leader.

In her December 2020 interview with Barron’s Magazine, Johnson stated that the focus of Fidelity when it comes to crypto is on bridging the gap between crypto and traditional finance, so it will be exciting to see how Johnson guides the company in this regard. It is safe to assume that the company will continue to invest in new ventures, and perhaps it will roll out new funds that incorporate new crypto assets.