Co-founder of Zcash, and co-founder and chief scientist of StarkWare 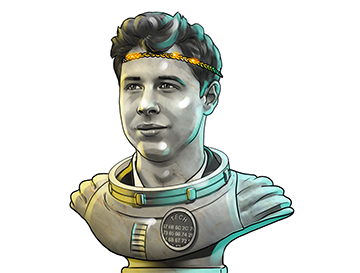 “I want to push back on this narrative and say that, really, anything complicated that we design — underneath it all there are rather simple paradigms and design principles.”

Alessandro Chiesa is an assistant professor at the University of California, Berkeley and the co-founder and chief scientist of Starkware, one of the companies developing zero-knowledge-based scalability solutions. He is the co-author of the Zerocash protocol and co-founder of Zcash.

Born in Italy, he obtained his Ph.D. in computer science from the Massachusetts Institute of Technology and continued his research career in Switzerland and the Bay Area. He is currently an active researcher and professor in the fields of cryptography, computer science and complexity theory.

While Chiesa is not a particularly public person, his record of papers and citations spoke in his stead in 2020. His work was cited 1,208 times, by far the highest number on record in 2020. He contributed to a total of 15 papers — making it the most prolific period in his recent career.

While no one would blame him for laying off the gas pedal for some time, Chiesa’s line of work can have tremendous implications for blockchain scalability and privacy. Fundamental research on zero-knowledge proofs is crucial for seeing more scalable, more private blockchains with advanced features.

With his prolific research career and the privileged position of chief scientist at StarkWare, Chiesa is poised to advance blockchain tech both on the theoretical and practical levels.

While it may still be somewhat too early, Cointelegraph hopes to see more of Chiesa’s work impacting the blockchain tech space in 2021.