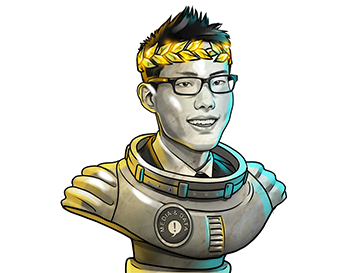 “10 years from now, we foresee cryptocurrencies gaining mainstream adoption and blockchain being used by many applications on the background without users even realizing it.”

Bobby Ong is a key figure in the cryptocurrency community, known for co-founding CoinGecko, one of the world’s largest crypto data aggregators, which has been operating since early 2014. Ong is also a research fellow at Singapore University of Social Science and an author of several chapters in books on digital currency, such as Handbook of Blockchain, Digital Finance, and Inclusion. He received an economics degree from University College London in 2012 under a full scholarship. Ong is also a self-taught programmer and Ruby on Rails web developer. He has worked on various freelance projects since graduating and is now actively involved in promoting the use of blockchain, Bitcoin and other cryptocurrencies.

CoinGecko’s biggest rival, CoinMarketCap, was acquired in April by the world’s largest cryptocurrency exchange, Binance, which triggered some big changes in CoinGecko’s business.

Sources told Cointelegraph that Ong was close to selling CoinGecko to a media outlet for an undisclosed amount, rumored to be $5 million, before the CMC deal was finalized. But the suitor waited too long — and missed the opportunity.

Amid the rise of decentralized finance over the course of 2020, Ong was also active in the DeFi sector. He contributed more than 26,000 words to CoinGecko’s 212-page How to DeFi book that was released in March.

As CoinGecko continues to grow each day alongside global crypto adoption, Ong’s contribution to the crypto industry is likely to be even more meaningful in 2021. Cointelegraph expects CoinGecko to continue building a professional team as well as introduce more features such as auto-updating live price indexes in 2021.

According to Ong, there will be millions of different tokens in the future, and apparently, a big number of those will be listed on CoinGecko. Ong says that CoinGecko foresees a future where all assets that can be tokenized will be tokenized.