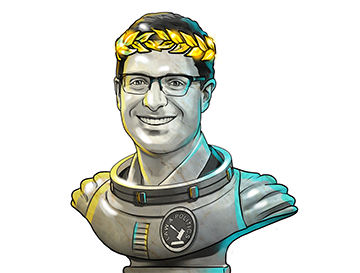 Formerly the head of Coinbase’s legal team, Brian Brooks is one of 2020’s breakout stars in crypto law. Educated at Harvard and the University of Chicago, he had a lengthy career in financial services law before joining OneWest Bank’s team. At OneWest, Brooks worked alongside Steven Mnuchin and Joseph Otting, who would later become treasury secretary and comptroller of the currency, respectively.

Brooks joined the Office of the Comptroller of the Currency in March and became acting comptroller in May when Otting resigned. His background in fintech and crypto, alongside the broader public interest in improving payments, led to a major uptick in the OCC’s activity in the field.

In the summer, the OCC announced a landmark determination that federally chartered banks can, in fact, custody crypto. While this doesn’t mean that every such bank will hold a customer’s crypto for them, it did put the onus on banks to provide such solutions, as they could no longer blame regulators for lack of custody services. Months later, the OCC went a step further in verifying that these national banks can hold stablecoin reserves. Brooks’ focus on crypto indeed faced some blowback from legislators as well as state regulators.

Throughout his tenure at the OCC, Brooks was relegated to the status of “acting” comptroller. The full position requires presidential nomination and Senate confirmation. Though Donald Trump finally nominated Brooks in November, the administration entered a lame-duck period. The Senate, occupied as it has been with a truly psychotic election cycle, never scheduled confirmation hearings. And so, in January, Brooks called it quits at the OCC, leaving the post open for a Joe Biden nominee.

And the future? Brooks has indicated that he wants to spend the first month after the OCC on a beach — location unspecified. Beyond that, however, he has kept quiet about his more concrete plans. A return to the private sector certainly seems likely, especially given that the Biden administration is not going to be interested in onboarding Trump-era appointees.